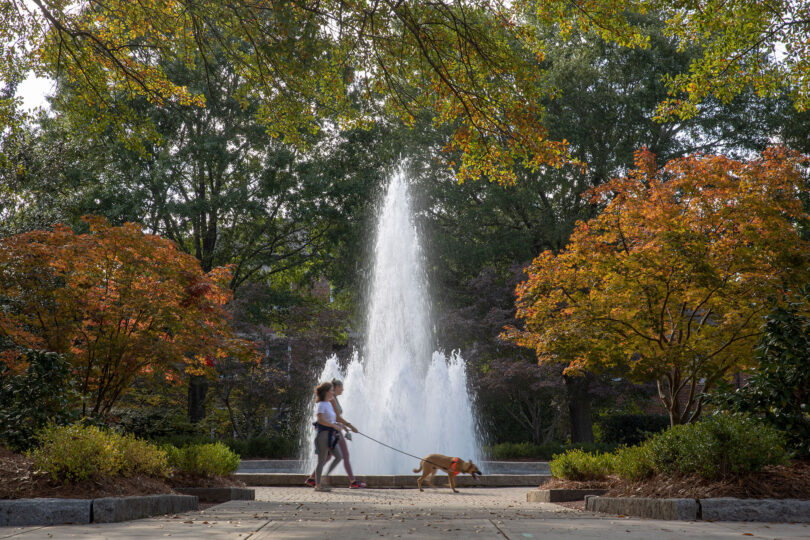 Parasitic worms that infect companion animals such as dogs and cats are more likely to make the leap into humans than other worm species, according to new research from the University of Georgia’s Center for the Ecology of Infectious Diseases.

The study also identified three species of worms that don’t currently infect people but have a more than 70% chance of crossing into humans in the future.

“The close relationships that we have with pets is the predominant reason why people might become infected with new species of parasitic worms,” said Ania Majewska, lead author of the study and a doctoral graduate from the Odum School of Ecology. “Everyday behaviors like playing with and feeding our pets increase opportunities for those parasites to infect people.”

Parasitic worms, or helminths, are estimated to infect 1.5 billion people globally, according to the World Health Organization. Many of these parasites infect humans, causing a number of serious illnesses, including schistosomiasis and filariasis.

Published in The Royal Society journal Philosophical Transactions B, the study focused on 737 parasitic worm species that predominantly infect wild and domesticated mammals. Of these, 137 are known to be able to infect people.

The researchers categorized the worm species’ traits and built a machine learning model to determine which characteristics were most commonly associated with transmission into humans.

They found that worms that can infect companion animals or fish are more likely to cause human infection than worms that infect other animal species. Geographically widespread parasites were also more likely to make the jump from animals into people.

The analyses showed that three worm species not currently known to infect people have traits that make them very likely to be able to do so: Paramphistomum cervi, a flatworm mostly found in livestock and some wild animals; Schistocephalus solidus, a fish-based tapeworm that also infects birds and rodents; and Strongyloides papillosus, a pinworm found largely in livestock.

The study marks the first time these species have been identified as likely to infect humans, suggesting they are candidates for surveillance and further study.

Pets can be exposed to parasitic worms and bring them home

It’s relatively easy for dogs and cats to become infected with parasitic worms, particularly if they’re allowed to wander during the day.

“Our pets can become infected with helminths without us noticing,” said Majewska. “Dogs and cats, particularly those that freely roam outside, come into contact either directly or indirectly with wild animals, their excrements and other sources of helminths.”

Dogs and cats aren’t the only transmission route, though.

Fish also host a variety of parasitic worms. People can easily become infected by eating raw, undercooked or improperly prepared fish. The roundworm that causes herring worm disease, for example, infects thousands of people each year, largely in areas where eating raw fish is common, like Japan and parts of Europe. 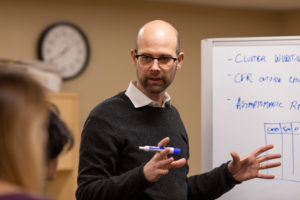 John Drake, Distinguished Research Professor in the Odum School of Ecology and director of the Center for the Ecology of Infectious Diseases. (Photo by Andrew Davis Tucker/UGA)

Co-authors of the study include Barbara Han and Tao Huang from the Cary Institute of Ecosystem Studies.

This study was funded by the National Science Foundation Ecology and Evolution of Infectious Diseases program. It is part of a special issue of Philosophical Transactions B devoted to infectious disease macroecology. This issue was edited by Patrick Stephens, an associate research scientist in the Odum School of Ecology and member of the Center for the Ecology of Infectious Diseases. Other editors of the issue include Shan Huang of the Senckenberg Biodiversity and Climate Research Centre and Maxwell Farrell of the University of Toronto.