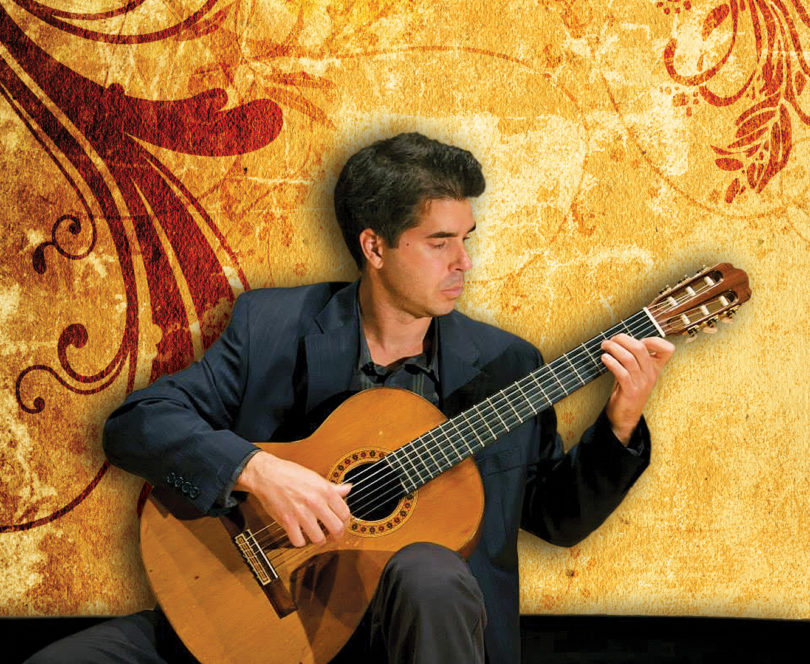 Celino Romero, a member of the famed Romeros Guitar Quartet, will perform a solo recital in the Performing Arts Center’s Ramsey Concert Hall Feb. 11 at 3 p.m.

Celino Romero is the youngest member of the Romeros, whom The New York Times called, “the royal family of the guitar.” A veritable institution in the world of classical music, the Romeros Guitar Quartet was founded by the celebrated Spanish guitarist Celedonio Romero with his sons Celin, Pepe and Angel. The ensemble today consists of Celin and Pepe and the third generation of Romeros, Celino and Lito.

Celino, son of Celin, began his studies with his father and grandfather at age 3 and joined the quartet in 1990. The Romero family has twice been invited to the White House, and they have performed for Prince Charles, Prince of Wales, and King Juan Carlos I of Spain; they also performed for Pope John Paul II. In 2007, they received the Recording Academy’s President’s Merit Award from the Grammys in honor of their artistic achievements.

Tickets for Celino Romero’s recital are $39 and can be purchased at the Performing Arts Center box office, online at pac.uga.edu or by calling 706-542-4400.

The concert will be recorded for broadcast on American Public Media’s Performance Today.

The Performing Arts Center is at 230 River Road on the UGA main campus in Athens.