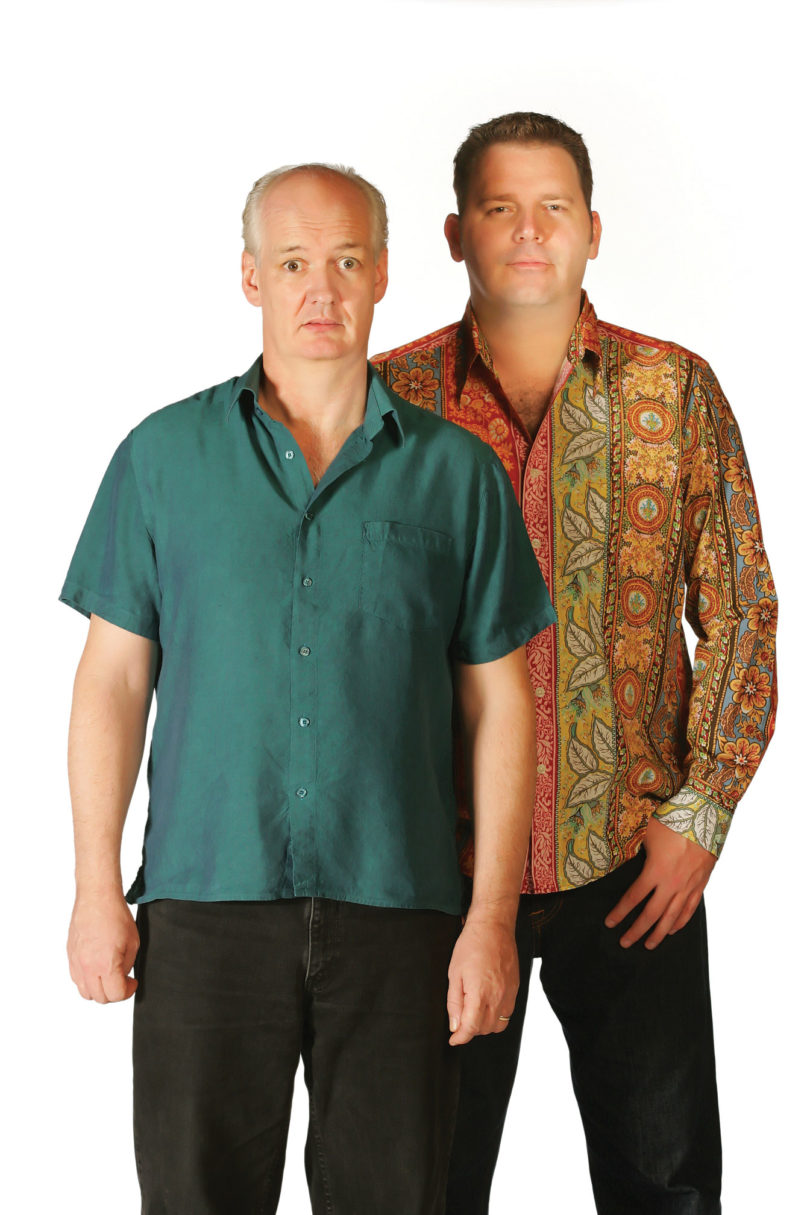 Colin Mochrie and Brad Sherwood, the stars of the Emmy-nominated television series Whose Line Is It Anyway?, will present an evening of improvisational comedy at the Classic Center Theatre Nov. 7 at 8 p.m. On sale now, tickets range in price from $29-$45.

The show, which the comedians have titled “Two Man Group,” is presented through a collaboration between the Performing Arts Center and the Classic Center.

Using their quick wit, Mochrie and Sherwood take contributions from the audience to create original scenes in Two Man Group. Throughout the evening, the show will become interactive as audience members are called to the stage to participate.

ABC’s Whose Line Is It Anyway? ran for eight seasons and starred both Mochrie and Sherwood. A new season of the show, featuring Mochrie, premiered July 16 on the CW network.

Mochrie’s first appearance on the British version of Whose Line Is It Anyway? was in 1991. He later became a mainstay on the American Whose Line stage.

Sherwood was a regular cast member on ABC’s Whose Line Is It Anyway? and he also was a regular on the British version that aired on Comedy Central. His credits include The Drew Carey Show, The Green Screen Show, more than 100 appearances on The Tonight Show with Jay Leno, numerous appearances on VH-1’s I Love the ’80s and I Love the ’90s, as well as guest hosting Talk Soup.