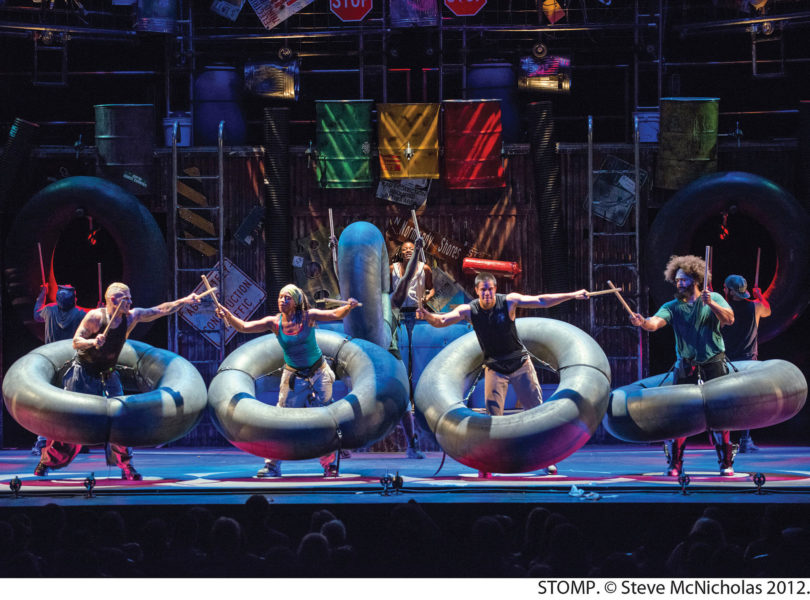 From its beginnings as a street performance in Brighton, U.K., STOMP has grown into a global phenomenon. Over the past 20 years, STOMP has performed in more than 50 countries in front of more than 24 million people.

The show features an eight-member troupe using everything but conventional percussion instruments-matchboxes, wooden poles, brooms, garbage cans, Zippo lighters and hubcaps-to fill the stage with rhythm. The performers “make a rhythm out of anything we can get our hands on that makes sound,” said co-founder and director Luke Cresswell.

A combination of percussion, movement and visual comedy, STOMP has been honored with numerous awards including the Olivier Award (London’s Tony Award) for Best Choreography, a New York Obie Award, a Drama Desk Award for Unique Theatre Experience, an Academy Award nomination, four Emmy nominations and one Emmy Award for the HBO special, “Stomp Out Loud.”

The Classic Center Theatre is located at 300 N. Thomas St. in downtown Athens.