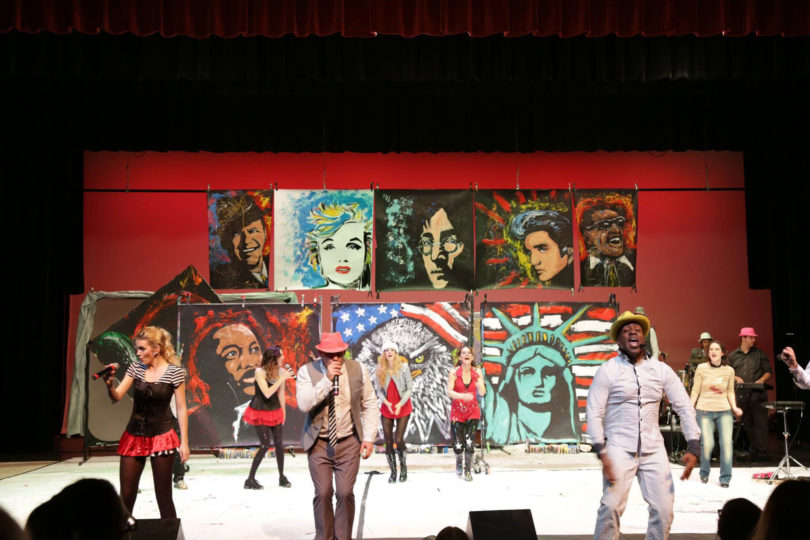 The UGA Performing Arts Center will present Artrageous Nov. 16 at 8 p.m. in Hodgson Concert Hall. Artrageous is a one-of-a-kind experience that combines music

The UGA Performing Arts Center will present Artrageous Nov. 16 at 8 p.m. in Hodgson Concert Hall. Artrageous is a one-of-a-kind experience that combines music, vocals and intricate choreography while a visual artist creates a masterpiece on stage.

Artrageous began in the 1980s in Vancouver, Canada. The music-based troupe has performed at over 2,000 events throughout North America, Europe and Asia for the likes of Sir Richard Branson, Steve Forbes, Gen. Colin Powell and Harrison Ford.

An Artrageous show incorporates art, music, theater, singing, dancing and audience interaction. The troupe pays tribute to a variety of art forms, icons and musical genres throughout the evening, culminating in a gallery of unique finished paintings.

Tickets for the performance are $36-$41. They can be purchased at the Performing Arts Center, online at pac.uga.edu or by calling the box office at 706-542-4400. UGA students can purchase tickets for $6 with a valid UGA ID, limit one ticket per student.