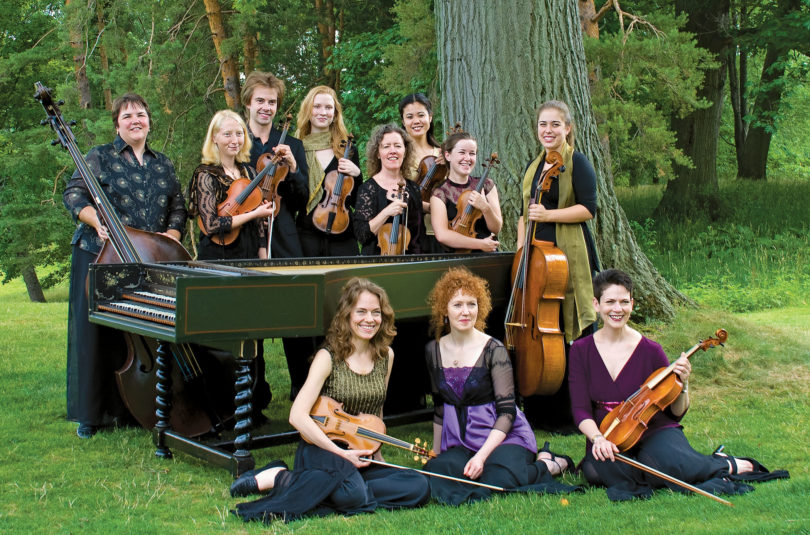 Named for the classical god of music and the sun, Apollo’s Fire was founded in 1992 by the award-winning harpsichordist and conductor Jeannette Sorrell, who envisioned an ensemble dedicated to the baroque ideal that music should evoke passion in the listeners.

The Cleveland-based ensemble made its London debut at Wigmore Hall in 2010 and was hailed as “one of the pre-eminent period-instrument ensembles” by The Independent. The U.K.’s Classical Music Magazine called Apollo’s Fire “the U.S.A.’s hottest baroque band.”

Sugarloaf Mountain: An Appalachian Gathering was conceived by Sorrell based on her research of early American traditional music.

“Long ago, the sparkling fiddle tunes and haunting ballads of the British Isles came across the water, taking root in the hills of Virginia, mingling with Southern hymns and African spirituals, creating the soulful music we call Appalachian,” Sorrell said.

Tickets for the concert are $31 to $41 and can be purchased at the Performing Arts Center, online at pac.uga.edu or by calling the box office at 706-542-4400. UGA students can purchase tickets for $6 with a valid UGA ID, limit one ticket per student.

A pre-concert lecture will be offered at 7:15 p.m. in Ramsey Concert Hall in the Performing Arts Center.