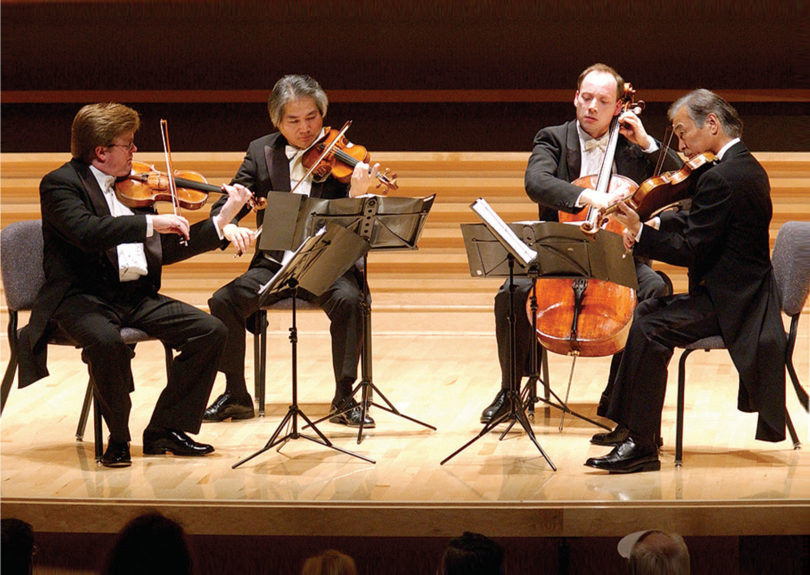 Long regarded as one of the world’s premier chamber ensembles, the Tokyo String Quartet has announced that the 2012-2013 season will be its last. For its final appearance in Athens, the ensemble will perform a program of quartets by Beethoven, Anton Webern and Franz Schubert. This concert is part of the Franklin College Chamber Music Series.

Officially formed in 1969 at the Juilliard School of Music, the Tokyo String Quartet traces its origins to the Toho School of Music in Tokyo. Soon after its formation, the quartet won First Prize at the Coleman Competition, the Munich Competition and the Young Concert Artists International Auditions. An exclusive contract with Deutsche Grammophon established the ensemble as one of the world’s leading quartets.

During its final season, the Tokyo String Quartet’s tour includes performances in the U.S. and Europe with stops in Vienna, Copenhagen, London, Amsterdam, Zurich, Paris, Rome, Moscow and Warsaw, Poland. The quartet’s final U.S. performance will take place on July 6 at Yale University, where the ensemble has been quartet-in-residence since 1976.

The Tokyo String Quartet’s Athens concert will be recorded for broadcast on American Public Media’s “Performance Today,” heard by over 1.3 million listeners across the country.