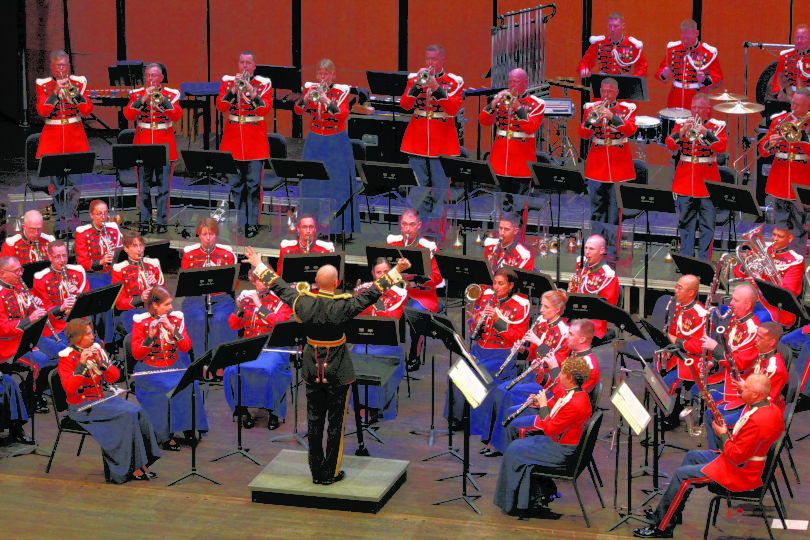 The U.S. Marine Band will perform on Oct. 26 as part of its 125th anniversary tour.

The UGA Performing Arts Center will present “The President’s Own” U.S. Marine Band Oct. 26 at 8 p.m. in Hodgson Concert Hall. Admission to the concert is free, but tickets are required.

The Marine Band’s mission is to perform for the president of the U.S. and the commandant of the Marine Corps. Founded in 1798 by an Act of Congress, the Marine Band is America’s oldest continuously active professional musical organization. Today, “The President’s Own” is celebrated for its role at the White House and its dynamic public performances, which total more than 500 annually.

This is the 125th anniversary of the Marine Band tour. The tradition began with Director John Philip Sousa in 1891 when his soaring popularity gave him the confidence to ask President Benjamin Harrison if the band could go on a tour outside of the Washington, D.C., region. Sousa’s initial requests for permission to take the band on such a trip were denied due to a busy concert schedule in Washington and the responsibilities at the White House. But Sousa persisted and eventually presented his request directly to the commander-in-chief.

Tickets to the concert are available at the Performing Arts Center, online at pac.uga.edu or by calling the box office at 706-542-4400.