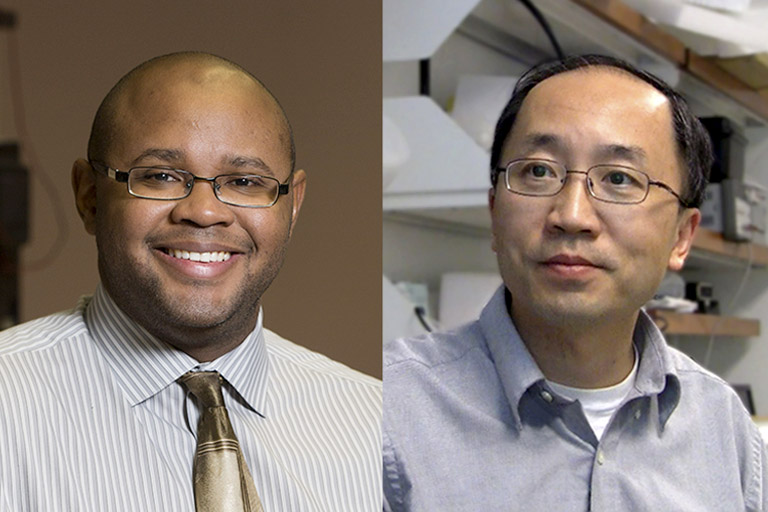 For the first time, researchers in the University of Georgia’s Regenerative Bioscience Center have used an imaging method normally reserved for humans to analyze brain activity in live agricultural swine models, and they have discovered that pig brains are even better platforms than previously thought for the study of human neurological conditions such as Alzheimer’s and Parkinson’s.

One immediate potential application is in the study and diagnosis of CTE, a progressive brain disease caused by a series of blunt trauma usually seen in military veterans and NFL football players. Currently CTE can be diagnosed only through an autopsy. The new study strongly suggests that a translational swine model for mapping functional brain connectivity is a promising approach to determine biomarkers or brain signatures that lead to CTE. Using this type of data, doctors would have the opportunity to diagnose CTE while a veteran or  athlete is still alive.

By using resting-state functional magnetic resonance imaging (rs-fMRI), the researchers demonstrated functional connectivity in sensorimotor regions of the swine brain that parallels to that of the human brain. These regions include those where all our perceptions, feelings, movements and memories are encoded. The similarities of these functional networks, as published in the journal Brain Connectivity, set the stage for targeted clinical applications in the treatment and prevention of neurological disorders.

Franklin West, associate professor of animal and dairy science in College of Agricultural and Environmental Sciences, and his RBC collaborator, Qun Zhao, drew comparisons between sensory and cognitive relevance found in swine and those previously established in humans.

“Most of the models to-date deal with structural comparisons,” said Zhao, associate professor of physics in the Franklin College of Arts and Sciences. “Our model goes beyond brain mass and allows us to address questions related to brain connectivity and memory function. Without a functional map of the brain it’s hard to tell what parts of the brain are talking to each other.”

Previous research has shown that shape and exact location of brain regions interact strongly with the modeling of brain connectivity. For years, researchers have posited that the shape and size of a swine brain bears physiological and anatomical similarities to the human brain, and therefore swine are considered a good animal model for neurological disease. However, according to the RBC team, scientists have not yet developed a unique model that captures functional connectivity or details the wiring diagram of the brain.

Neuroimaging typically helps researchers identify which regions of the brain activate when a person carries out a task; such as the simple task of starting a car. In order to turn on your car, you first have to look, then find, where to insert the key, as your brain takes visual cues and stimulates different parts of your arm to complete the action. Each part of your arm activates a different part of the brain in the act of inserting the key. If there’s any interruption in the connections, those functions don’t happen.

Those interrupted connections play a role in neurological disorders, such as Alzheimer’s disease, Parkinson’s disease, chronic traumatic encephalopathy (CTE) and autism. With any of these disorders, the RBC collaborators can now model a 360-degree view of which parts of the brain are no longer talking to each other and which centers in the brain are being reactivated and reconnected.

“What this new model allows and has never been done before,” West said, “is for researchers to ask more refined questions about how the brain talks to itself, functions and coordinates action.”

“What we tend to say is the brain is a black box and we don’t know how it works,” said West. “This study is a game changer. It gives us a light to shine inside the box.”

In addition to those listed above, the study’s co-authors include Gregory Simchick and Alice Shen, both from the MRI physics lab, led by Zhao.