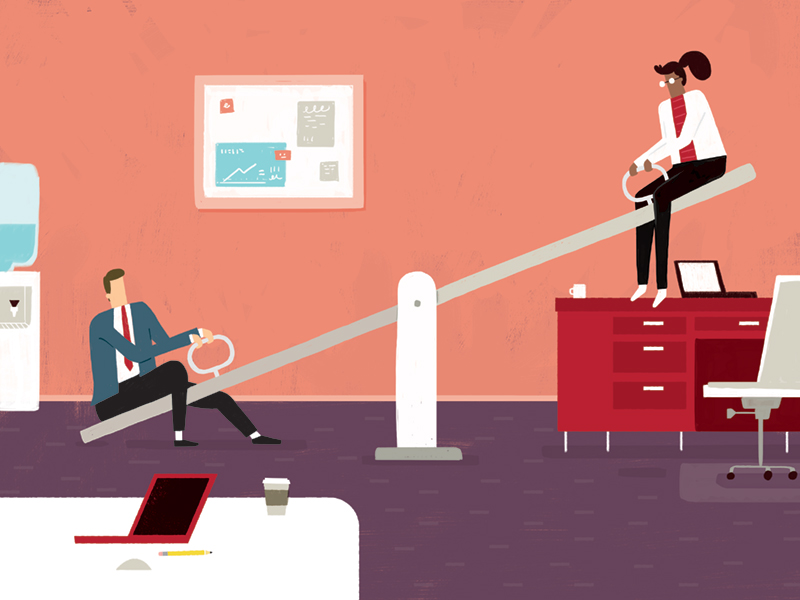 Even the most senior executives aren’t in charge all the time. At a doctor’s appointment or working out with a personal trainer, they are put in situations where they have very little authority at all.

Researchers at the University of Georgia have found that executives, managers and employees who experience lots of these kinds of shifts in authority have more empathy for those they work with and make better team leaders.

There’s an emotional tax of going through those shifts throughout the day, but there’s also a cognitive benefit. When it comes to performance of the team, the benefits seem to outweigh the cost.” — Fadel Matta

They found that managers and employees who experienced periods of low and high power — known as “control over resources” — on a daily basis had better people skills than those who didn’t experience those changes.

“There’s an emotional tax of going through those shifts throughout the day, but there’s also a cognitive benefit,” Matta said. “When it comes to performance of the team, the benefits seem to outweigh the cost.”

Conventional studies of social power in a company focus on the level of power vested in each position of an organization. For this study, the co-authors looked at how each individual experiences power — and how it fluctuates.  In “To and Fro: The Costs and Benefits on Power Fluctuation Throughout the Day,” they describe their theory of daily power fluctuation. The paper will be published in the Journal of Applied Psychology.

“The traditional understanding of power looks at whether someone is in a position of high or low power,” Rodell said. “It says, ‘This person is a CEO,’ and ‘This person is a brand-new intern’ and it works to describe their experience in that isolated position. This paper is one of the first to say, ‘That’s not entirely accurate. That doesn’t really explain how we experience the world.’”

For instance, Rodell said, a middle manager may be in charge of her team in the office but may lack agency when dealing with regional managers, or she may be helpless at a yoga class taught by her assistant.

Organizational psychologists have known that the way power was being discussed was missing the dynamic nature of power, Rodell said. However, there hadn’t been a theory put forth to measure and describe that part of people’s experience.

“Every day we’re all moving from role to role and taking on different levels of power relative to other people,” Rodell said. “To create a more accurate understanding of how these relationships work, how these interactions play out at work and ultimately their implications for our productivity and our mental state, we need to look at that daily power fluctuation.”

To help document this phenomenon and to find out how it impacts the way organizations work, the researchers surveyed 103 employees and asked them to rate their sense of control throughout the day. They also rated their frustration levels and asked a co-worker of the study subject to rate the team’s performance and ability to take others’ perspectives into account.

The research team surveyed each pair for 10 consecutive workdays to map the way their performance and perceptions of power changed. They analyzed survey results to describe the power fluctuations and compared it to the performance measures provided by each pair of co-workers.

They found employees who experienced more power fluctuation over the two workweeks were more frustrated and more prone to emotional exhaustion. However, they also found a significant association between a person’s fluctuation in power and their ability to take others’ experiences into account. It made them better team members, and the size of that benefit was larger than their increase in frustration.

“From an organization’s standpoint, you may want to allow people to have fluctuations in power because those people are able to see different perspectives,” Matta said. “People who sit on top of an organization can lose sight and become disconnected from people at different levels of the organization, and seeing things from different people’s perspectives can be beneficial. At the end of the day, it’s better for performance.”

Rodell said this kind of perspective-enhancing experience could be engineered inside an organization by allowing lower-level employees to conduct training programs or direct social outreach or volunteering efforts inside a company.