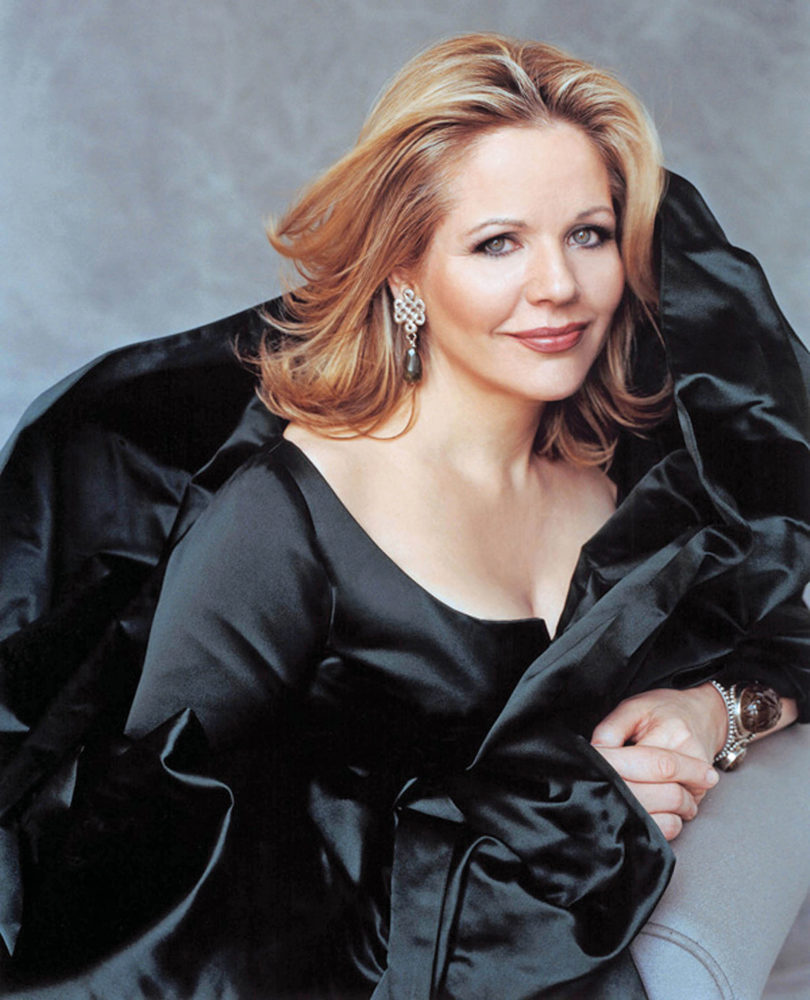 The UGA Performing Arts Center will present soprano Renee Fleming Feb. 14 at 8 p.m. in Hodgson Concert Hall. Her Valentine’s Day concert will include songs by Brahms, Harold Arlen, and Rodgers and Hammerstein.

Known as “the people’s diva,” Fleming was the first opera singer to perform the national anthem at the Super Bowl. In 2013, former President Barack Obama awarded her the National Medal of Arts, America’s highest honor for an individual artist.

She has performed at momentous occasions around the globe including the 2006 Nobel Peace Prize ceremony, the 2008 Beijing Olympic Games and the 25th anniversary of the fall of the Berlin Wall. In 2012, she sang on the balcony of Buckingham Palace in the Diamond Jubilee Concert for Queen Elizabeth II.

Fleming has been nominated for 14 Grammy Awards, winning four times. She has performed with Luciano Pavarotti and Placido Domingo and also with Elton John, Sting and even the Muppets.

For her Athens recital, she will be accompanied by pianist Gerald Martin Moore, who has performed for such international dignitaries as former President Obama and former first lady Michelle Obama, HRH Prince Charles and U.N. Secretary-General Kofi Annan.

A pre-concert lecture will be given 45 minutes prior to the performance in Ramsey Concert Hall in the Performing Arts Center.