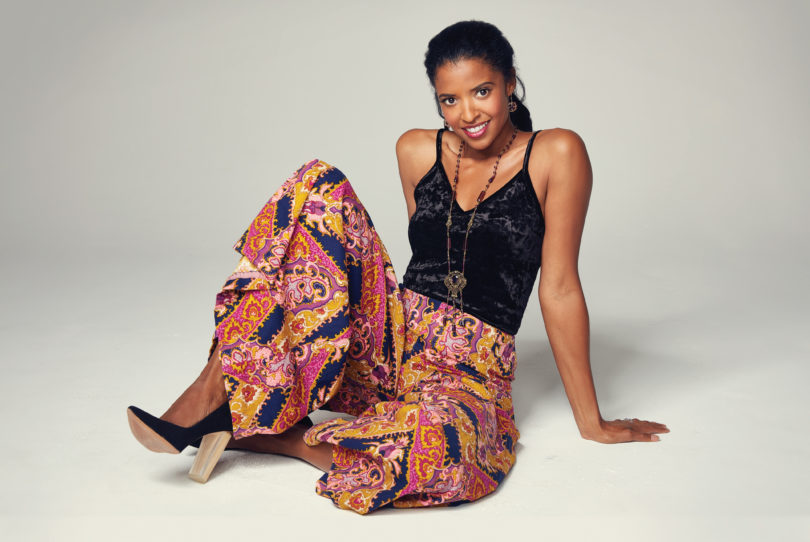 UGA Presents opens the 2018-19 season with Renée Elise Goldsberry, the Tony-winning star of Hamilton. Backed by her own band, Goldsberry will perform Broadway show tunes and popular songs. The concert takes place Sept. 7 at 7:30 p.m. in the Performing Arts Center’s Hodgson Concert Hall.

Goldsberry won the 2016 Tony Award, Grammy Award, Drama Desk Award and Lucille Lortel Award for her performance as Angelica Schuyler in the Broadway phenomenon, Hamilton. Since leaving the show, she has appeared in Baz Luhrmann’s The Get Down for Netflix and the title role in HBO’s The Immortal Life of Henrietta Lacks opposite Oprah Winfrey. She is currently in production for the Netflix series Altered Carbon.

Goldsberry made her Broadway debut in The Lion King and starred in the original stage version of The Color Purple. Her television credits include recurring roles on The Good Wife and Law & Order: SVU, and she was nominated twice for a Daytime Emmy Award for her performance on One Life to Live. On film, she appeared most recently in Sisters with Tina Fey and Amy Poehler and in Every Secret Thing with Diane Lane and Elizabeth Banks.

Tickets for the concert start at $20 and can be purchased at the Performing Arts Center box office, online at pac.uga.edu or by calling 706-542-4400. UGA students can purchase tickets for $10 with a valid UGA ID, limit one ticket per student.

The concert is sponsored by Piedmont Athens Regional.