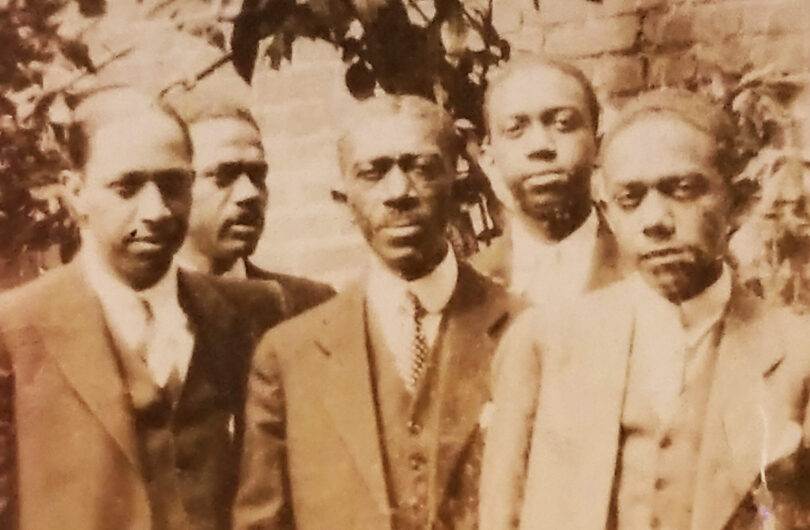 The only known surviving picture of Isaiah H. Lofton (center) with his four sons: Melvin, Frederick, Williston and Charles Lofton. This photo is believed to have been taken in the late 1920s in Washington, D.C.

They’d gather at a local diner in Hogansville, Georgia, and whenever they spoke, Tony Lowe listened.

Week in and week out, a collection of older African American men, respected elders in the community, would trade stories about the history and legacy of this tiny town in the western part of the state. Armed with a pen and a pad, Lowe, an associate professor at the University of Georgia’s School of Social Work, would ask questions, take notes and soak in this intimate exploration of the fabric of his hometown. 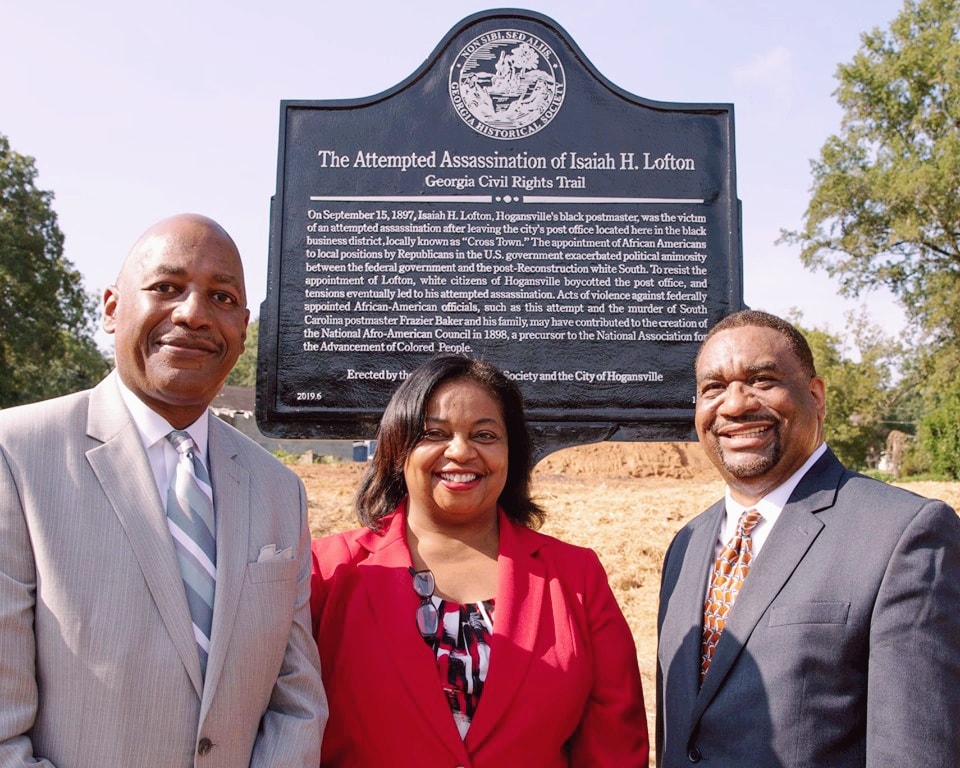 In recent years, as these community elders began to pass away, Lowe felt an obligation to them to revisit these stories — “verify and validate” he would say. In particular, he was drawn to one story involving Isaiah Lofton that ultimately would uncover a lost lesson of Georgia history.

A well-known community leader, Lofton was among many Black men who were either elected or appointed to serve in prominent civic roles such as postmaster, town marshal and state legislative representative in the Deep South following the end of Reconstruction.

In order to sort fact from fiction, Lowe took advantage of the vast resources available to him as a researcher at the University of Georgia. He explored news archives, historical records and similar shared histories to seek the truth in the telling.

He also relied on the historical documents stored in his hometown, as well as additional interviews done with local leaders in Hogansville. It didn’t take long to realize the tales surrounding Lofton, who also was a local schoolteacher and active member in the Republican Party of the late 1800s, were true and not merely fanciful yarns spun for the amusement of those at that local diner.

In fact, the more Lowe dug, the more he uncovered.

“I realized the postmaster story was far greater than what those gentlemen had ever imagined as I found more news articles, court records and oral histories from Lofton-related family members,” he said.

In 1897, Lofton was tapped by President William McKinley to be the postmaster for Hogansville, joining several other Black men to earn that distinction, including Monroe “Pink” Morton in Athens and Judson Lyons in Augusta. During the notorious Jim Crow era of the American South, this routinely was met with fierce resistance by local whites.

On Aug. 15, 1897, Lofton was targeted in an assassination attempt. After being tricked to return to the post office late at night to serve a customer, he was ambushed and shot by his assailants as he headed home. Though he survived, it was a clear example of the violence and terror that so many Blacks had to deal with under the rule of Jim Crow.

While those details were readily known, what Lowe uncovered in his research suggested a deeper relationship to the broader social issues that permeated the day. For instance, Lowe connected the assassination attempt on Lofton to the 1898 murder of Frazier Baker, a Black man who had been appointed by McKinley to be postmaster of Lake City, South Carolina.

He found these incidents spurred Alexander Walters, a bishop in the African Methodist Episcopal Zion Church and a leading voice for Black equality, to establish the National Afro-American Council, one of the first organizations dedicated to fighting for civil rights in the country and the forerunner of the National Association for the Advancement of Colored People.

Inspired by this history, Lowe worked with local and state officials, as well as the Georgia Historical Society, to garner the appropriate recognition for this untold chapter in the state’s history. He secured the placement of a historical marker in Hogansville, commemorating the site as a place of significance, as well as a resolution from the Georgia General Assembly and commendation from Gov. Brian Kemp.

Lowe noted that during the ceremony for the historical marker, he found out his work had prompted the Georgia Historical Society’s Civil Rights Trail Initiative to refine their definition and scope of civil rights activities in the state.

By bringing these important, historical stories to light, its principal participants are able to garner the recognition they so richly deserved and the tapestry of our collective experience is deepened.