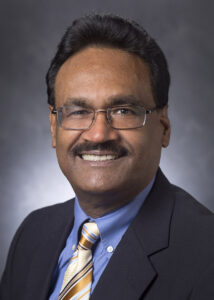 Rakesh Singh, professor and head of the College of Agricultural and Environmental Sciences’ food science and technology department, has been elected a 2020 Fellow of National Academy of Agricultural Sciences of India and 2020 Fellow of International Academy of Food Science and Technology. The fellow election in NAAS is based on the outstanding achievements and sustained significant contributions to agricultural sciences in different subject matter areas. A total of 34 Fellows are elected each year in crop sciences, horticulture, animal sciences, fisheries, plant protection, agricultural engineering and technology, and social sciences. Singh was elected in the agricultural engineering and technology area as a Pravasi Fellow (scientists from Indian origin settled in a foreign country), which has only three spots in all the areas.

Similarly, the IAFoST Fellows are elected for their distinguished accomplishments and important contributions during their career. The IAFoST Fellows induction ceremony originally scheduled during the 20th World Congress of Food Science and Technology were held virtually in August.