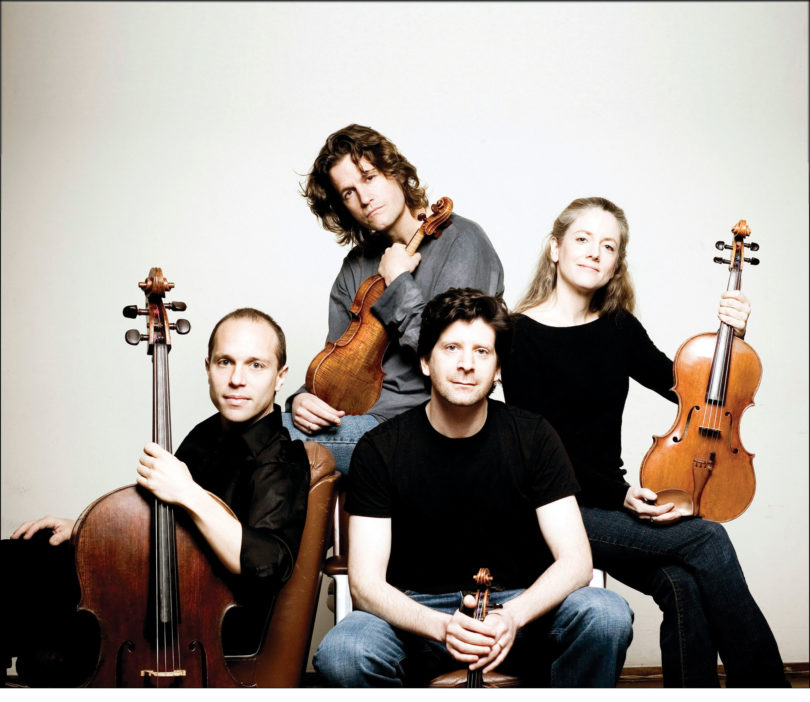 Members of the St. Lawrence String Quartet are (from left) Christopher Costanza

The Performing Arts Center will present the St. Lawrence String Quartet April 4 at 8 p.m. in Hodgson Concert Hall. The award-winning chamber ensemble will perform a program featuring string quartets by Haydn and Beethoven and a new work, titled Kohelet by Osvaldo Golijov, which was commissioned for SLSQ by Carnegie Hall. Tickets for the concert are $37 with special discounts for UGA students.

The members of quartet state that their mission is to “bring every piece of music to the audience in vivid color, with pronounced communication and teamwork and great respect to the composer.” The quartet performs more than 120 concerts annually throughout the world, and since 1998, has held the position of Ensemble-in-Residence at Stanford University.

Violist Lesley Robertson is a founding member of the group and hails from Edmonton Alberta. Cellist Christopher Costanza is from Utica, N.Y., and joined the quartet in 2003. Violinists Geoff Nuttall and Scott St. John both grew up in London, Ontario; Nuttall is a founding member and St. John joined in 2006. Depending on concert repertoire, the two alternate the role of first violin.

In concert, the foursome regularly delivers traditional quartet repertoire but is also committed to performing and expanding the works of living composers. Alex Ross of The New Yorker magazine writes, “The St. Lawrence are remarkable not simply for the quality of their music making, exalted as it is, but for the joy they take in the act of connection.”

The St. Lawrence String Quartet’s Athens concert will be recorded for broadcast on American Public Media’s Performance Today, heard by more than 1.3 million listeners across the country.

Tickets can be purchased online at pac.uga.edu or by calling the Performing Arts Center at 706-542-4400.