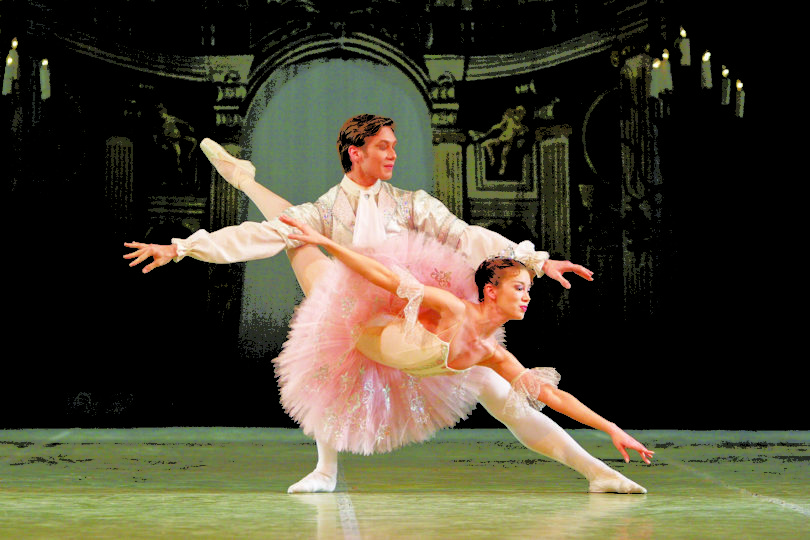 See the State Ballet Theatre of Russia in two performances of Sleeping Beauty on Jan. 9 and 10.

The UGA Performing Arts Center will present the State Ballet Theatre of Russia in Sleeping Beauty Jan. 9 and 10 at 8 p.m. in the Fine Arts Theatre. The State Ballet Theatre’s production features lavish sets and costumes and traditional Russian choreography in the style of the famed Bolshoi Ballet.

Composer Pyotr Ilyich Tchaikovsky completed work on the score for Sleeping Beauty in 1889. It was the second of his three ballets, the first being Swan Lake, composed in 1876. He based his ballet on the Brothers Grimm’s version of Charles Perrault’s La Belle au bois dormant. Sleeping Beauty received its premiere on Jan. 15, 1890, at the Mariinsky Theatre in St. Petersburg. Today it stands as one of the world’s most beloved ballets.

A pre-concert lecture will be offered 45 minutes prior to each performance of Sleeping Beauty. The lecture takes place in the Balcony Theatre, Room 400 in the Fine Arts building.

Tickets for Sleeping Beauty are $66 to $76 and can be purchased at the Performing Arts Center, online at pac.uga.edu or by calling the box office at 706-542-4400. UGA students can purchase tickets for $6 with a valid UGA ID, limit one ticket per student. Tickets purchased for the Jan. 8 performance that was rescheduled for the College Football Playoff National Championship are valid on Jan. 10.