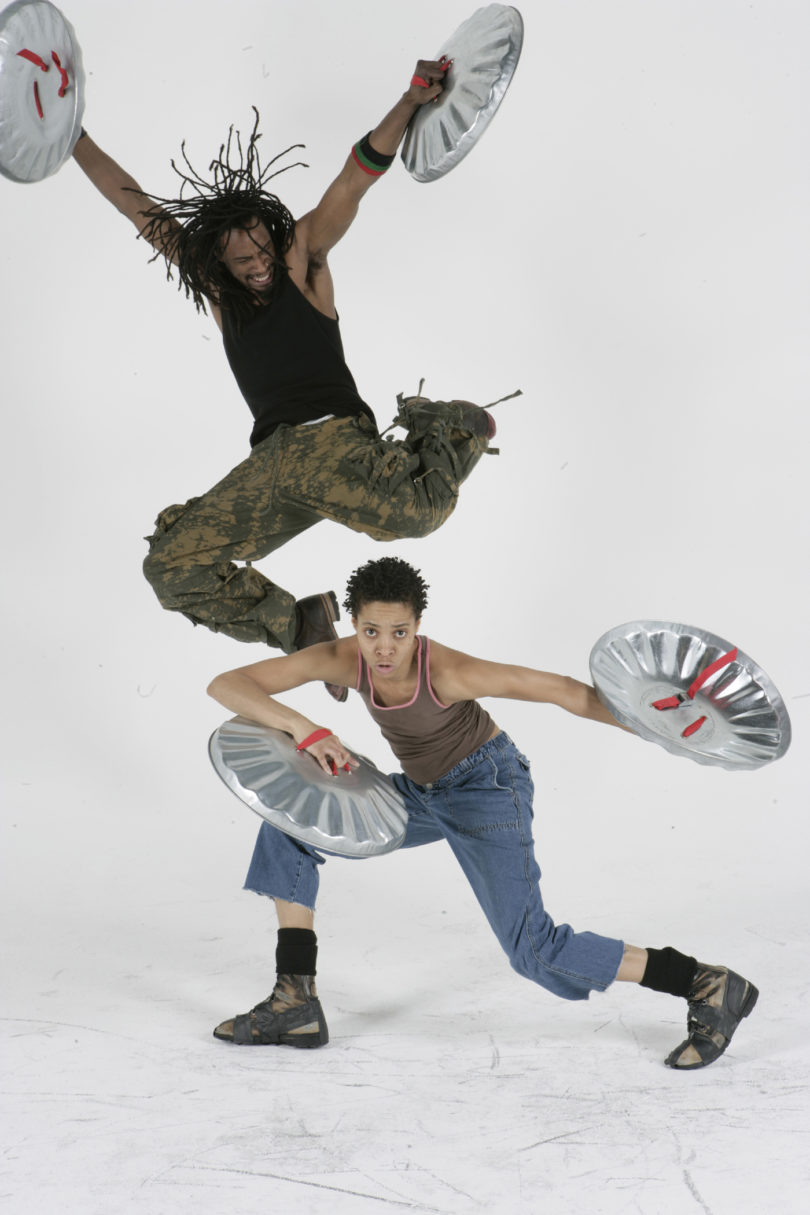 From its modest beginnings as a street performance in Brighton, United Kingdom, STOMP has grown into a global phenomenon. Over the past 20 years, STOMP has performed in more than 50 countries in front of more than 24 million people.

The show features an eight-member troupe using everything but conventional percussion instruments-matchboxes, wooden poles, brooms, garbage cans, Zippo lighters, hubcaps-to fill the stage with dynamic rhythms. The performers “make a rhythm out of anything we can get our hands on that makes sound,” said co-founder/director Luke Cresswell.

A combination of percussion, movement and visual comedy, STOMP has been honored with numerous awards including the Olivier Award (London’s Tony Award) for best choreography, a New York Obie Award, a Drama Desk Award for unique theatre experience, an Academy Award nomination, four Emmy nominations and one Emmy Award for the HBO special Stomp Out Loud.