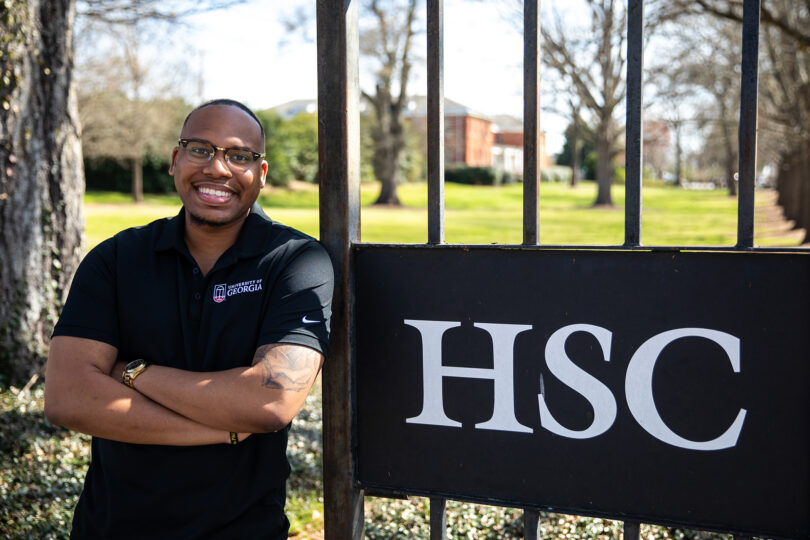 When he started at the University of Georgia, Jaquarius Raglin had a clear path in mind. He was going to be a biology major with a public health minor, then head to medical school after his 2022 graduation. Then COVID hit.

“The COVID-19 pandemic was a real-world example of public health in action,” said Raglin. He experienced some of that work firsthand when UGA mobilized public health students to help the Department of Public Health with contract tracing. “The university giving us that real world experience has driven up my passion even more.” 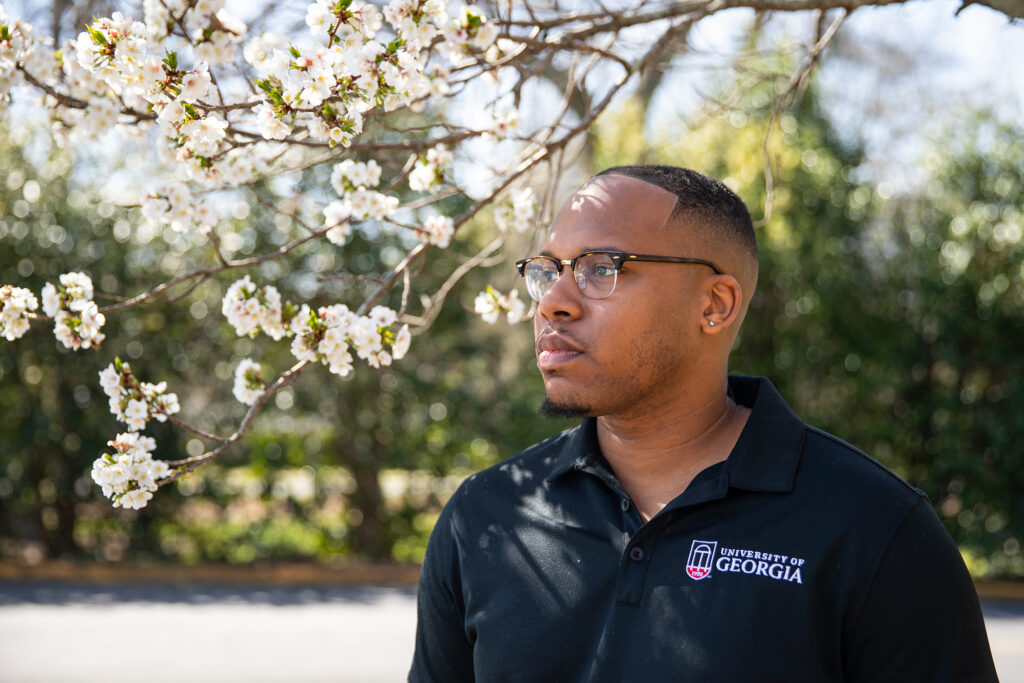 Raglin, a man who likes to stick to a plan, made the difficult decision to change his major to health promotion, with a minor in African American studies. “I went online, clicked off biology and added health promotion,” he said. “I thought, ‘Oh my God, I can’t believe I just did this.’ I was just so into that zone of just thinking that biology was going to be my path to medical school.”

It was the right choice. “Everyone tells me I look a lot happier now,” he laughed.

“One reason I got into health promotion was the holistic aspect. I really enjoy seeing how you learn more about patients or people in the community that you’re trying to help,” said Raglin. “You get to have more intentional conversations with people instead of just going into a patient room, doing a diagnosis, then leaving.” 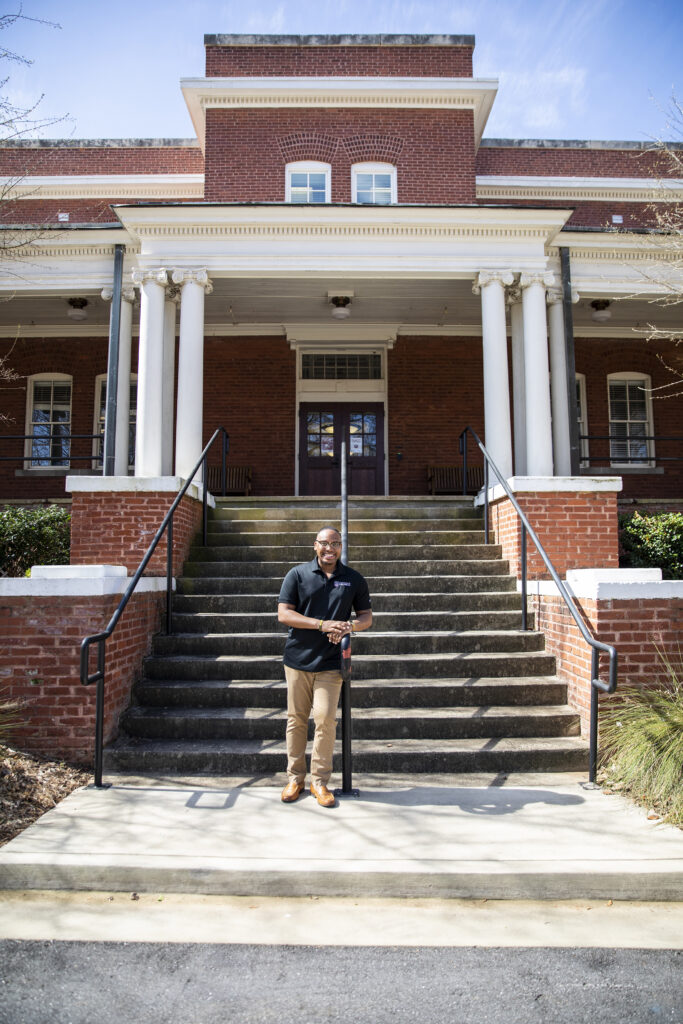 Jaquarius Raglin in front of Rhodes Hall on the Health Sciences Campus. (Photo by Chamberlain Smith/UGA)

Raglin has found ways to combine his concentrations in health promotion and African American studies. “I have a huge interest in Black men’s mental health,” he said. In his Health Promotion Program Development class, he is working on a major project to destigmatize mental health conversations within the Black community. He is designing a model for 16- to 18-year-olds in the Carver Cluster in the Atlanta public school system. He created a fictional intervention program with community partners, a series of sessions on mental health topics and is continuing follow-up with participants. “I wanted to create a culturally welcoming environment so there are sessions where the mentees could be with the mentors to have an open range of conversation,” said Raglin.

Raglin would love to see the program implemented in real life. “I honestly believe it would make a difference in the target population,” he said. The hope? “That these young men could live mentally healthier lives as well as investing back into their communities to educate their peers and families.”

Last summer, Raglin served in a newly created dual internship role with the CDC, Public Health Law and the Office of Minority Health and Health Equity. His largest project was analyzing and categorizing 121 state statutes and court orders to understand if states were advancing social determinants of health. “It was really heartbreaking to see how, here in the year 2021, our statutes and court orders are just so behind on pressing issues with health equity and minority health,” he said.

This exposure to the legal side of the health profession helped him decide to apply to UGA’s Master in the Study of Law program with a focus in health law. After that, medical school. “When I tell people they’re like, ‘Are you sure you want to go to law school and then medical school,” he said, laughing. “I’m 100% sure.”

At UGA, Raglin co-chaired the Football Ambassadors group within Georgia Daze hosting prospective UGA football recruits. He is also recording and corresponding secretary of Alpha Phi Alpha Fraternity, Inc., serves as secretary of the Student Alumni Council and has a part-time job as a phlebotomist at the Biomat plasma center.

Raglin is a busy guy, but that’s kind of his set point, starting from his boyhood growing up in Thomaston, Georgia. “I always wanted to be going out and doing things,” he said. His family instilled the values in him that he still lives by today. “Work hard for what you want. Life isn’t always successful and failures will come your way. But I just take those failures, learn from them, try not to make them again and use them as motivation to push forward and to keep going.

“Education is something that no one can take away from you. When you get it in your head, you have it forever.”