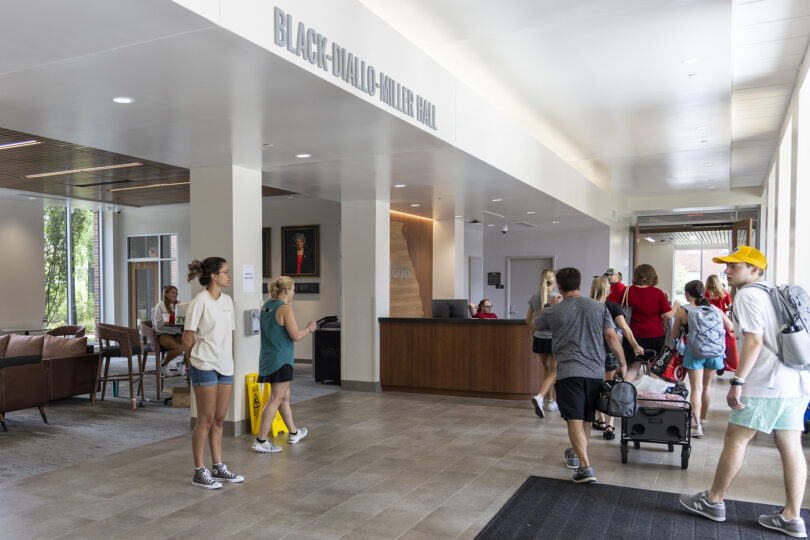 The first group of residents moved in to Black-Diallo-Miller Hall on Aug. 12. (Photo by Chamberlain Smith/UGA)

The first students moved in to Black-Diallo-Miller Hall on Aug. 12, kicking off University Housing’s fall move in.

The residence hall, which is located on Baxter Street, is named in honor of Harold Alonza Black, Mary Blackwell Diallo and Kerry Rushin Miller, the first African American students to enroll as freshmen and complete their undergraduate degrees at UGA. It will house 525 first-year students in double occupancy rooms.

Jadin Marshall is honored to be a Resident Assistant in the first year of Black-Diallo-Miller Hall. Marshall, a senior from Powder Springs, Georgia, is majoring in psychology with a minor in American Sign Language, She has served in many additional leadership roles around campus, including President and Social Chair of the Psi Chi Honor Society; a member of the Executive Board of Alpha Kappa Alpha Sorority, Incorporated; and Chaplain of the National Pan-Hellenic Council.

A dedication ceremony was held Aug. 4, and portraits of all three honorees are on display in the lobby of the building. This year marks the 60th anniversary of the year Black, Diallo and Miller enrolled as freshmen. 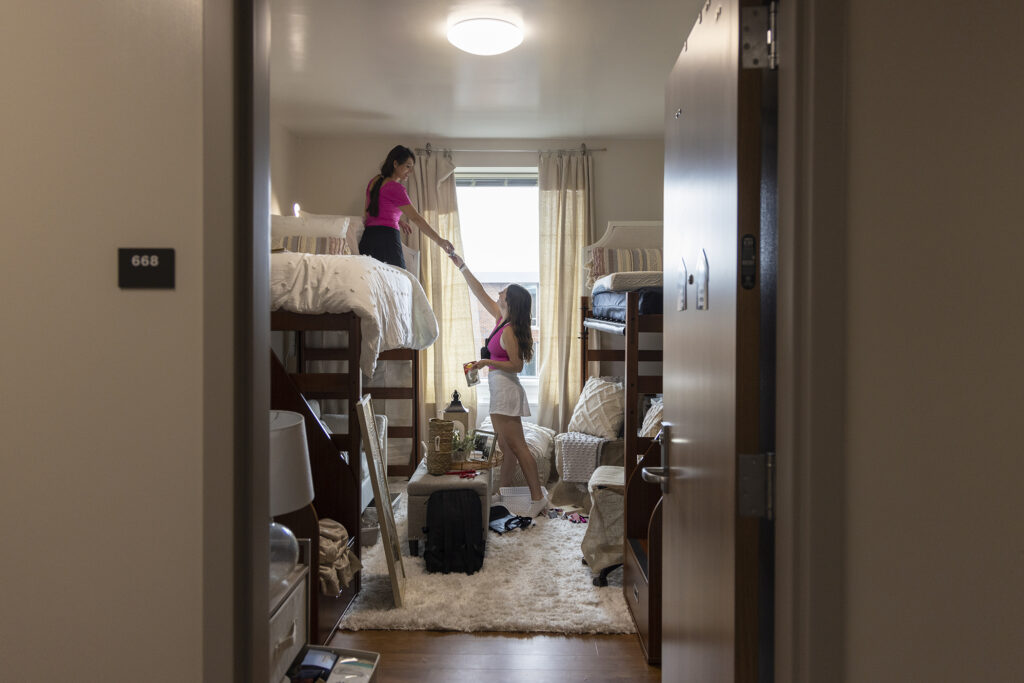 Students put their things away as they move in at Black-Diallo-Miller Hall. (Photo by Chamberlain Smith/UGA)

Construction of the six-story, $50 million project began in December 2020. The building features an exterior courtyard and is the first new residence hall since 2013.