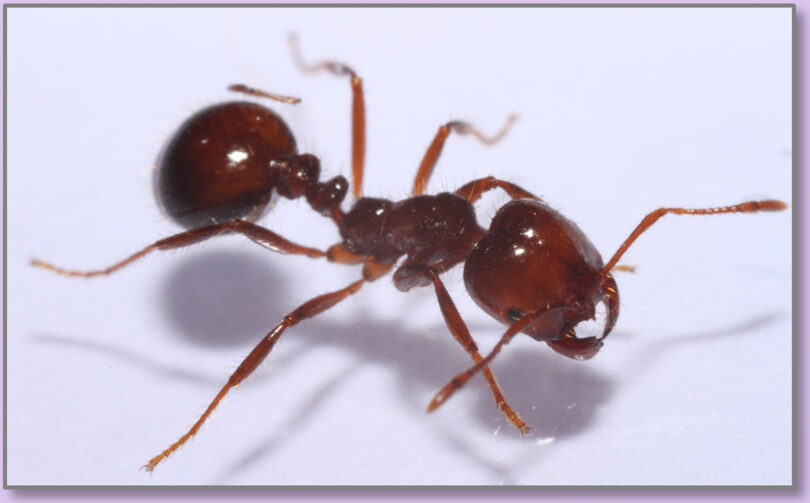 The research could help development of new pest control methods

A unique study conducted by University of Georgia entomologists led to the discovery of a distinctive supergene in fire ant colonies that determines whether young queen ants will leave their birth colony to start their own new colony or if they will join one with multiple queens.

Researchers also found that ants were more aggressive toward queens who don’t possess the supergene, causing main colony workers to kill them. This critical finding opens the door to new pest control methods that may be more efficient in eradicating problematic fire ant colonies.

“Learning about the way fire ants behave is very important baseline information,” said Ken Ross, a professor of entomology at UGA. “This information is key to helping us manage pest populations and predict what dissimilarities can happen in their environment.”

A supergene is a collection of neighboring genes located on a chromosome that are inherited together due to close genetic linkage. Studying these unique genes is important to understanding the potential causes for differences among the social structure of fire ants, specifically for controlling the species and building on the existing knowledge base. 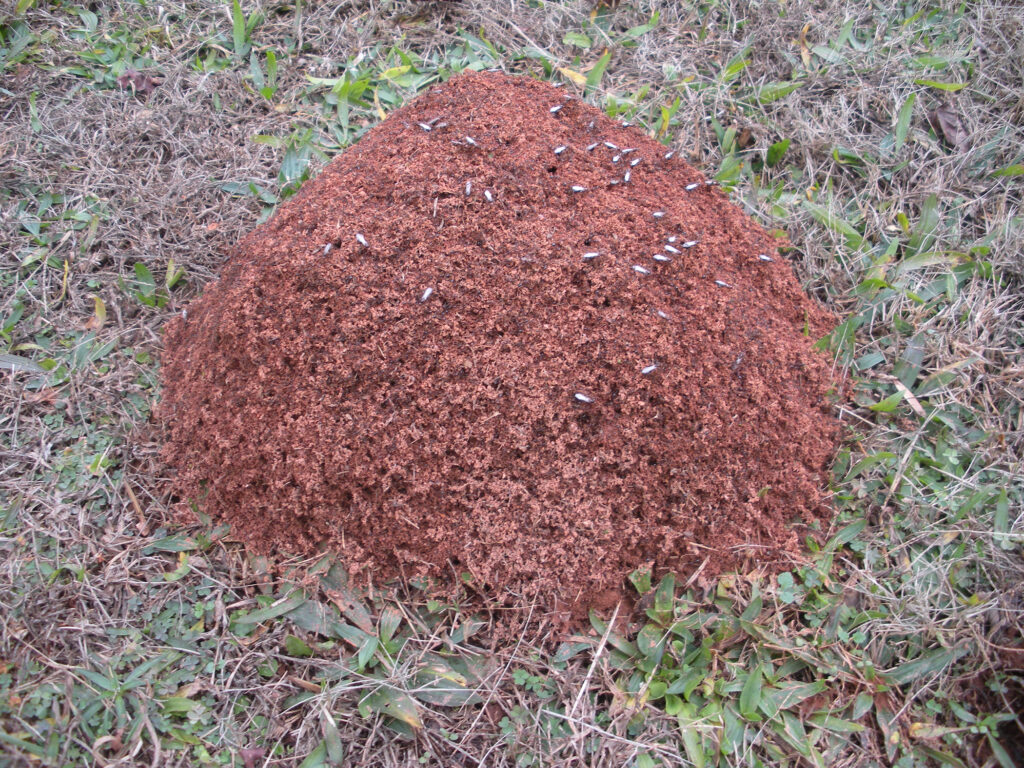 Ants live in the mound until embarking on a mating (nuptial) flight. (Submitted photo)

Ross initially worked alongside colleagues in his lab to discover a remarkable example of genetically encoded differences in social organization within the fire ant species Solenopsis invicta. The next step was to understand how these genetic differences result in complex behavioral and physiological variations among ants from single queen colonies versus colonies with multiple queens. Compounding this knowledge helps scientists further understand patterns of development in the species, increasing alternatives to combat invasive populations.

Led by a pair of UGA entomology graduate alumni, Joanie King, who earned her master’s degree in 2017, and Samuel Arsenault, who earned his doctoral degree in 2020, the team developed an experimental design that utilized a collection of samples from two fire ant organs — brain and ovarian tissues — and the complete range of social chromosome genotypes and social forms within this fire ant species.

The innovative study incorporated various scientific methods, leading to a collaboration of tools and resources throughout many areas of the institution. 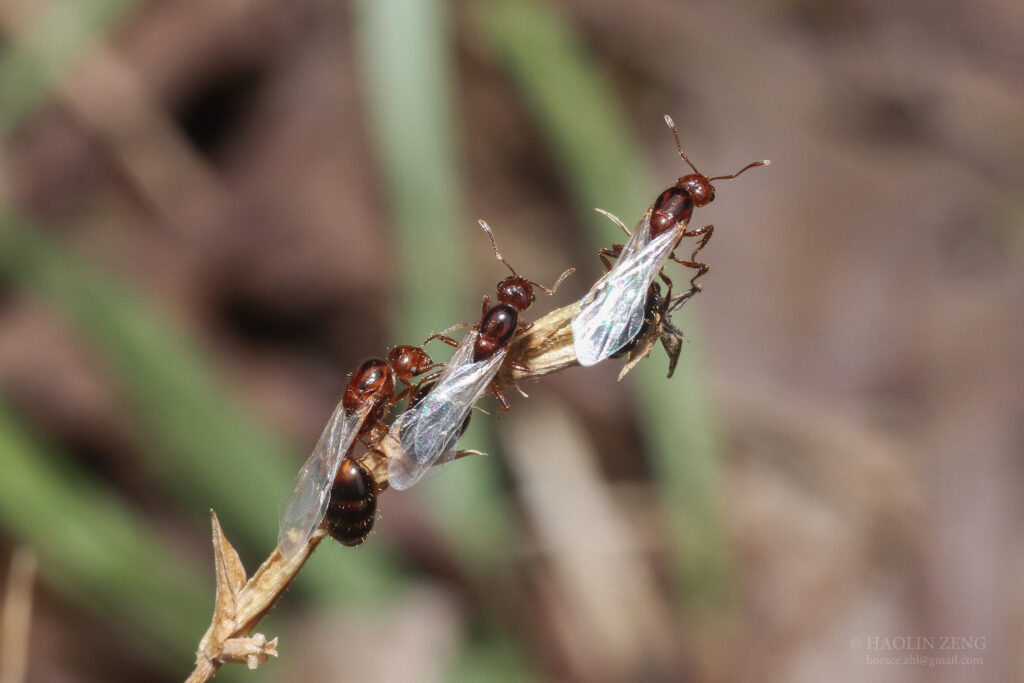 “UGA was a very supportive environment to conduct this research,” said Brendan Hunt, associate professor of entomology. “We received help preparing samples for RNA sequencing from Dr. Bob Schmitz’s lab in the genetics department, performed the sequencing at the Georgia Genomics and Bioinformatics Core, and utilized computational resources from the Georgia Advanced Computing Resource Center to analyze the data.”

These types of student-led projects give young researchers the chance to grow in a hands-on environment with mentorship and guidance from scientists with proven track records in the field.

“The graduate students gained experience that helped them transition to the next stages of their careers,” said Hunt. “Both have gone on to continue their studies of ant genetics.”

After earning their degrees and completing the research at UGA, King began pursuing a doctorate at Texas A&M University to study alongside Edward Vargo, and Arsenault works as a postdoctoral researcher with Harvard University’s Buck Trible Lab.

To read the full published research, check out the Wiley Online Library digital archive. For more information on the UGA department of entomology, visit ent.uga.edu.