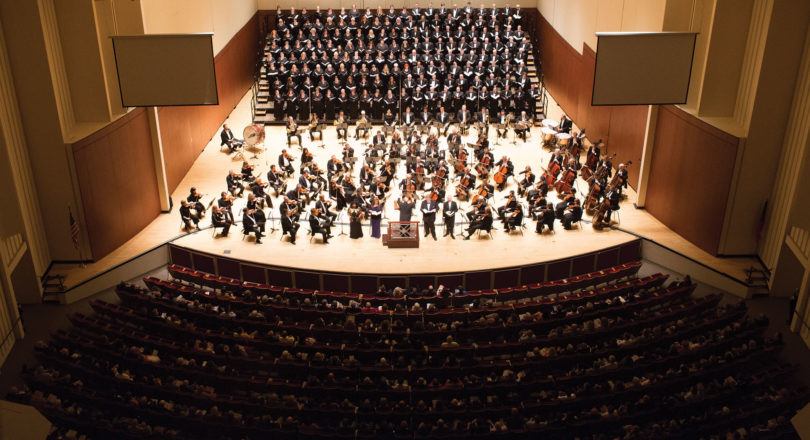 The ASO and the Chamber Chorus perform a portion of ‘Messiah' during a Dec. 18 concert.

Norman Mackenzie will conduct the program, which will include the “Christmas” portion and the “Hallelujah Chorus” from Handel’s Messiah. The concert will open with another choral favorite, Vivaldi’s Gloria.

Mackenzie was named director of choruses for the Atlanta Symphony Orchestra in 2000, carrying forward the creative vision of legendary founding conductor Robert Shaw. At the ASO, Mackenzie prepares the choruses for all concerts and recordings; during his tenure, the chorus has made numerous tours and garnered its most recent four Grammy Awards.

Soprano Jessica Rivera, mezzo-soprano Kelley O’Connor, tenor Cullen Gandy and bass Gerard Sundberg will join the orchestra and chorus as featured soloists for this performance. Rivera and O’Connor were awarded Grammys for their work on the Atlanta Symphony Orchestra’s 2007 prize-winning recording of Golijov’s Ainadamar.

Tickets for the concert are $31-$72. They can be purchased at the Performing Arts Center, online at pac.uga.edu or by calling the box office at 706-542-4400. UGA students can purchase tickets for $6 with a valid UGA ID, limit one ticket per student.

A pre-concert lecture will be given by Ken Meltzer, author of the Atlanta Symphony Orchestra’s program notes and host of the weekly radio show Meet the Classics on Atlanta’s AM-1690. The lecture, which will begin at 2:15 p.m., will be held in Ramsey Concert Hall in the Performing Arts Center.