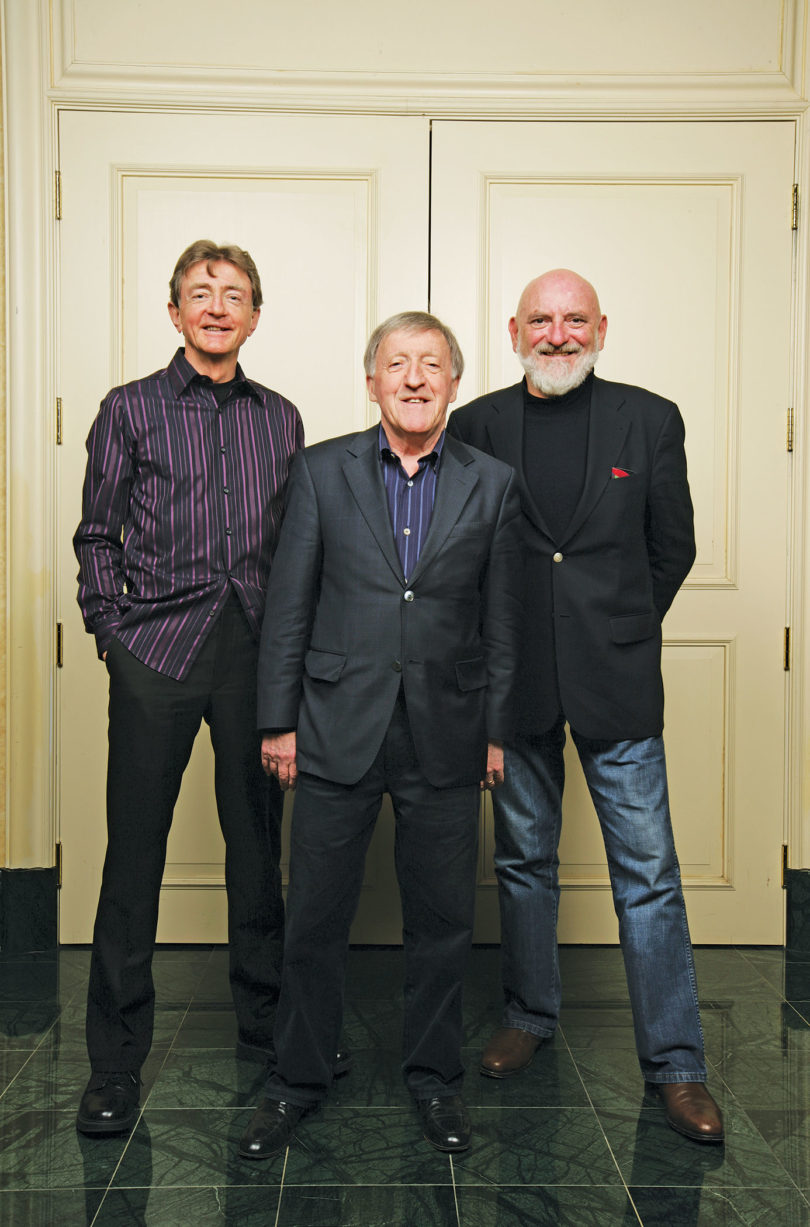 The Chieftains will perform March 13 at 8 p.m. in Hodgson Concert Hall.

The Chieftains were the first Western musicians to perform on the Great Wall of China, and they were the first ensemble to perform a concert in the Capitol in Washington, D.C. In 2010, their collaborations reached new heights when Paddy Moloney’s tin whistle and Matt Molloy’s flute traveled with NASA astronaut Cady Coleman to the International Space Station.

During Pope John Paul II’s 1979 visit to Ireland, The Chieftains performed for a live audience of more than 1.3 million. In 2012, marking their 50th anniversary, The Chieftains were awarded the inaugural National Concert Hall Lifetime Achievement Award at a gala event in Philadelphia hosted by the American Ireland Fund, “in recognition of their tremendous contribution to the music industry worldwide and the promotion of the best of Irish culture.”

Tickets for The Chieftains’ concert are $31 to $72 and can be purchased at the Performing Arts Center, online at pac.uga.edu or by calling the box office at 706-542-4400. UGA students can purchase tickets for $6 with a valid UGA ID, limit one ticket per student.