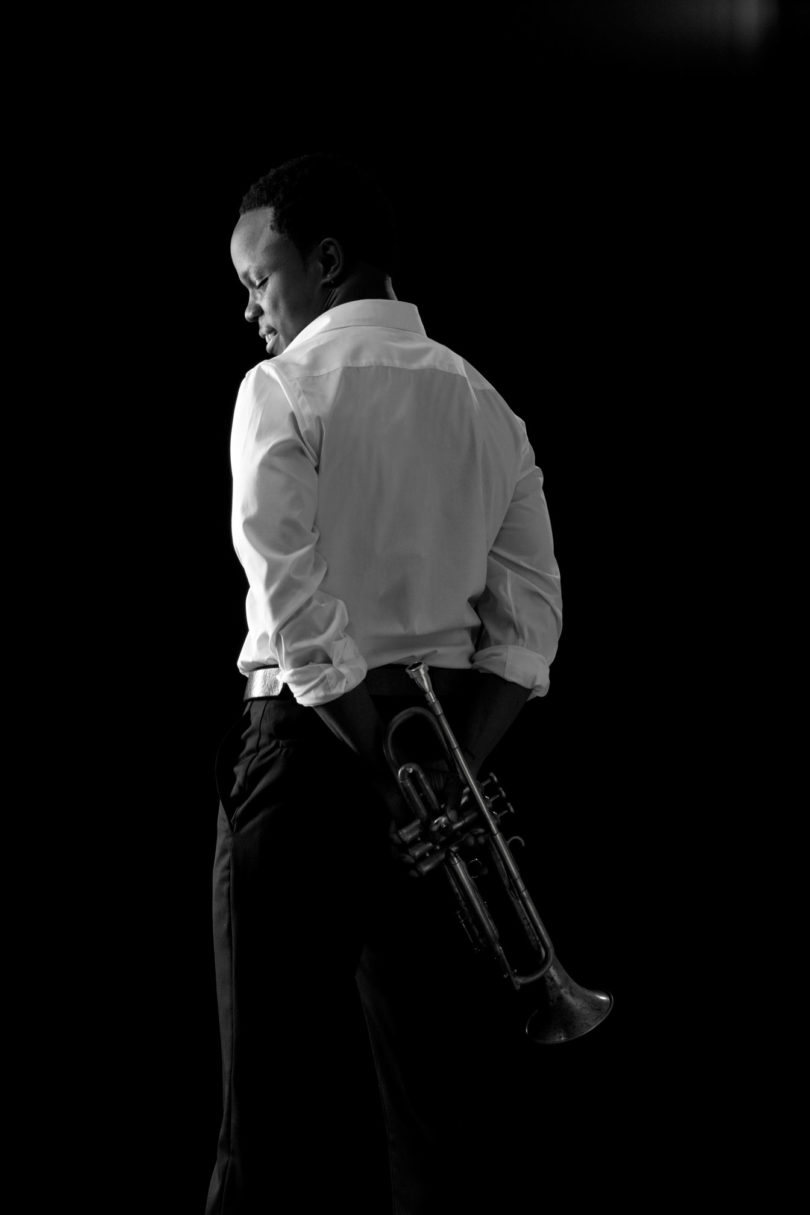 The Miles Davis Experience will feature Jason Palmer on trumpet. The concert is Nov. 17 at 8 p.m. in the Performing Arts Center.

Presented in collaboration with Blue Note Records, the new multimedia production recaptures the period, sound, and historical and cultural context of a critical period of American history through the lens of jazz music and its most iconic innovator, Miles Davis.

By following Davis’ musical development in linear chronology, the show tells the story of post-war America, the challenges and optimism, the civil rights struggle, the historic milestones and the creative cauldron of new music that Davis pioneered and nurtured.  Featuring live music, period photos and film clips, The Miles Davis Experience is designed to give audience members a genuine feeling of what it was like to live in America during this important period.

In The Miles Davis Experience, a beat poet-style narrator, Donald Lacy, weaves together the various elements of the production. Lacy is a writer, director, actor, comedian and radio talk show host whose television and film credits include the new film Cherry with James Franco; Jack, directed by Francis Ford Coppola; Blood In, Blood Out, directed by Taylor Hackford; and L.A. Heat and Hangin’ with Mr. Cooper on ABC.

“Miles Davis played a crucial and inevitably controversial role in every major development in jazz since the mid-1940s, and no other jazz musician has had so profound an effect on rock. Miles Davis was the most widely recognized jazz musician of his era, an outspoken social critic and an arbiter of style—in attitude and fashion—as well as music,” wrote The Rolling Stone Encyclopedia of Rock & Roll.

From Birth of the Cool to 1959’s enormously influential masterpiece Kind of Blue, Davis secured his legendary status in music history. Kind of Blue stands as the best-selling jazz album of all time with more than 4 million copies sold, and in December 2009, the U.S. House of Representatives recognized Davis’ musical influence, passing a resolution honoring the album as a national treasure.

Tickets can be purchased online at www.uga.edu/pac or by calling the Performing Arts Center box office at 706-542-4400.