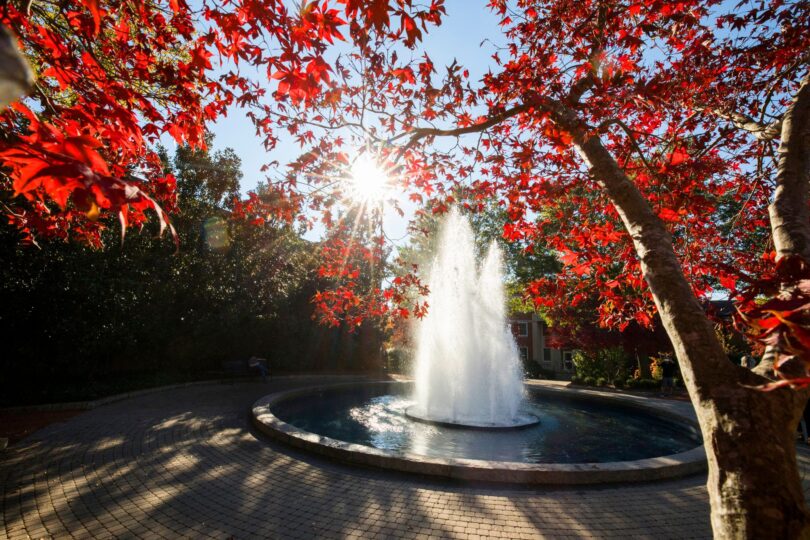 Renowned scholars and leaders in the arts, agriculture, business, civil rights, government, the sciences and several other fields will speak this semester as part of the fall 2021 Signature Lectures series.

“The University of Georgia is excited to host a range of nationally recognized speakers this fall through its Signature Lectures series,” said Meg Amstutz, associate provost for academic programs. “Their perspectives enrich the learning experience for students and stimulate new ideas among our faculty, staff and members of the Athens community.”

For more information and the most recent updates regarding locations and formats for Signature Lectures, see provost.uga.edu/news-events/events/signature-lectures/2021-2022. Details on fall 2021 Signature Lectures are below. 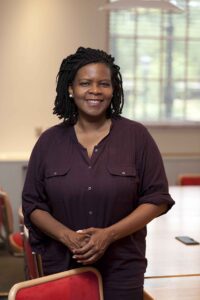 Gordon-Reed is a distinguished professor and a Pulitzer Prize-winning author of “The Hemingses of Monticello: An American Family” and “On Juneteenth.” She has received numerous honors, including the Dorothy and Lewis B. Cullman Center for Scholars and Writers at the New York Public Library Fellowship, a Guggenheim Fellowship, a MacArthur Fellowship, the National Humanities Medal, the National Book Award, the Frederick Douglass Book Prize, the George Washington Book Prize and the Anisfield-Wolf Book Award. Her lecture is part of Constitution Day, an annual celebration of the day that representatives to the Constitutional Convention in Philadelphia completed and signed the U.S. Constitution in 1787.

Registration for this virtual event is required. Visit spia.uga.edu/constitution-day for more information and to register.

Co-sponsored by the American Founding Group, The Gable Fund of the Department of History, Jack Miller Center, Office of Institutional Diversity, President’s Venture Fund, School of Law, School of Public and International Affairs and Willson Center for Humanities and Arts. 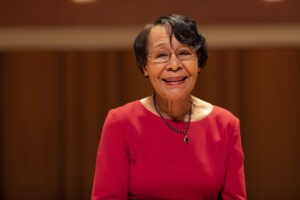 Book Launch: “The Quiet Trailblazer: My Journey as the First Black Graduate of the University of Georgia”
Sept. 28, 2 p.m., livestream

Early made history on Aug. 16, 1962, when she became the first Black graduate from UGA. She earned a master’s degree in music education, later returning to UGA to earn a specialist in education degree in 1967. Early is a civil rights icon and pioneering music educator who inspired and influenced generations of students, schools and Black communities. She played an integral role in the campaign for racial equality at UGA and across the South and remains a tireless advocate in the field of education. On Feb. 25, 2020, the university celebrated the naming of the College of Education in honor of Early. She recently wrote her autobiography, “The Quiet Trailblazer: My Journey as the First Black Graduate of the University of Georgia,” published by the Mary Frances Early College of Education and the UGA Libraries and distributed by the UGA Press.

Co-sponsored by the Mary Frances Early College of Education, UGA Libraries, Office of Alumni Relations and the Office of the President. Part of the celebration of the 60th Anniversary of the Desegregation of UGA. 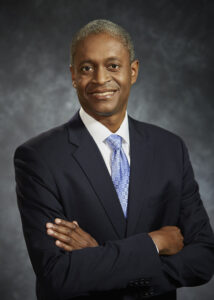 Bostic serves as the 15th president and CEO of the Federal Reserve Bank of Atlanta. He is responsible for all the institution’s activities, including monetary policy, bank supervision and regulation, and payment services. Bostic previously held the Judith and John Bedrosian Chair in Governance and the Public Enterprise at the University of Southern California. Bostic has also served on many boards and advisory committees, including the California Community Reinvestment Corporation, Abode Communities, NeighborWorks, the National Community Stabilization Trust, the Urban Land Institute, the Consumer Financial Protection Bureau, the American Real Estate and Urban Economics Association, the National Economic Association and Freddie Mac. 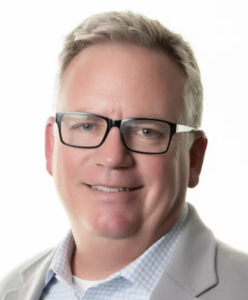 Moore is co-founder and CEO of Meissa Vaccines, a private, clinical-stage, venture-backed biotech company focused on the advancement of vaccines for respiratory viruses. Meissa is currently in clinical trials with two vaccines, one against respiratory syncytial virus and one against COVID-19. Moore previously served as an associate professor and director of the Center for Childhood Infections and Vaccines at Emory University. He led the development of the RSV vaccine using a synthetic biology technology, recognized as Emory’s innovation of the year in 2013. Moore holds a B.S. in biology and a Ph.D. in genetics from UGA.

Co-sponsored by the Office of Research and Innovation Gateway. 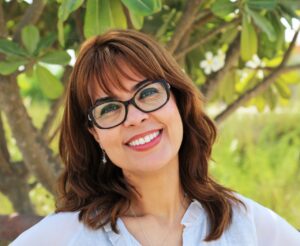 D.W. Brooks Lecture: “How Science, Technology and Innovation Can Accelerate the Transformation of Our Agri-Food Systems”
Nov. 2, 3:30 p.m., Zoom webinar

Elouafi is the U.N. FAO’s first chief scientist, a new position created within the organization’s core leadership structure. With nearly two decades of experience in agricultural research and development in Asia, Africa and the Middle East, she is internationally known for promoting underutilized crops, using non-fresh water in agriculture and empowering women in science. Elouafi previously held the position of director general at the International Center for Biosaline Agriculture, where she led the development and implementation of long-term strategy. She has received numerous awards, including the National Reward Medal by His Majesty Mohamed VI, the King of Morocco, and the Excellence in Science Award from the Global Thinkers Forum.

Sponsored by the College of Agricultural and Environmental Sciences. 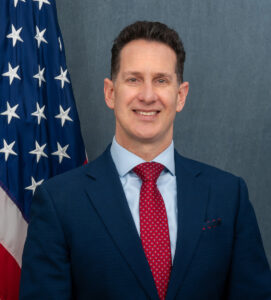 Getzen Lecture on Government Accountability: “If You Want a Friend, Get a Dog: Oversight in the Age of Twitter”
Nov. 8, 1:30 p.m., Russell Special Collections Building Auditorium, Room 271

Greenblatt leads a nationwide workforce of more than 270 investigators, auditors, evaluators, attorneys and support staff. As the senior official, Greenblatt oversees more than 70,000 U.S. Department of the Interior employees, assesses more than $20 billion in grants and contracts, and conducts complex administrative and criminal investigations. He also serves as the vice chair of the Council of the Inspectors General on Integrity and Efficiency, leading the inspector general community’s mission to combat fraud, waste and mismanagement. Greenblatt is the author of “Valor: Unsung Heroes From Iraq, Afghanistan, and the Home Front.”

Sponsored by the School of Public and International Affairs and the Department of Public Administration and Policy. Part of the 2021 Ethics Awareness Week. 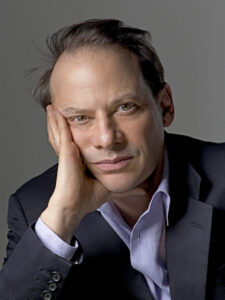 A book signing will follow the lecture, with three of his published works available for purchase: “A Thousand Small Sanities,” “The Table Comes First” and “At the Stranger’s Gate.”

Co-sponsored by the College of Environment and Design, Franklin College of Arts and Sciences, Lamar Dodd School of Art, Office of the Senior Vice President for Academic Affairs and Provost, and Willson Center for Humanities and Arts. Part of the 2021 Spotlight on the Arts Festival. 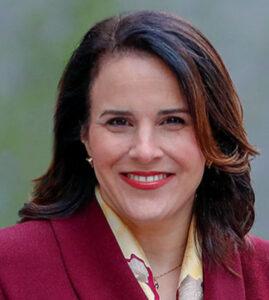 Gabel serves as president of the University of Minnesota, where under her leadership the University established its first systemwide strategic plan, surpassed $1 billion in annual research expenditures, achieved record-setting private giving, and advanced transformational partnerships, including NXT GEN MED, the ground-breaking partnership between the university, the Mayo Clinic and Google. Gabel previously served as the University of South Carolina’s executive vice president and provost, and as business dean at the University of Missouri. She was recognized as a shining star by The Wall Street Journal. She is also a Fulbright Scholar and a proud 1993 alumna of the UGA Law School.

Sponsored by the Institute of Higher Education. 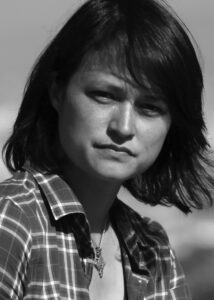 Crandall is a journalist, photographer and filmmaker whose work explores themes of identity and connection. Her work combines art and poetry to tell the story of what it means to be American. Crandall is the creator of the Emmy-nominated Washington Post series, onBeing, and the Emmy-nominated documentary project “Whitman, Alabama,” now on view at the Georgia Museum of Art. She has received numerous awards, including the Knight-Batten Special Distinction Award for Innovation, an Online News Association Award for Innovation, awards from the White House News Photographers Association and recognition from the American Film Institute.

Co-sponsored by the Georgia Museum of Art and Willson Center for Humanities and Arts. Part of the 2021 Spotlight on the Arts Festival.

Requests for accommodations for those with disabilities should be made as soon as possible but at least seven days prior to the scheduled lecture. Please contact Sherri Bennett in the Office of Academic Programs at 706-542-0383 or sherri@uga.edu to request accommodations.