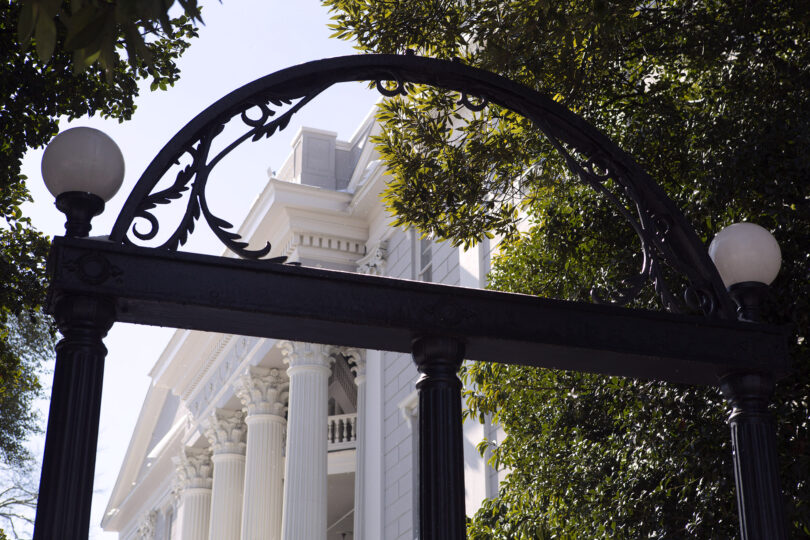 The University of Georgia will host renowned scholars and leaders in the arts, business, civil rights, government, philosophy and the sciences this semester as part of the fall 2022 Signature Lectures series.

“The University of Georgia is excited to bring nationally recognized speakers from a wide range of disciplines to campus through our Signature Lecture series,” said Sarah Covert, interim associate provost for academic programs. “This lecture series provides faculty, staff, students and members of the Athens community an opportunity to explore important topics through the insights of our renowned speakers.”

Signature Lecture speakers are noted for their broad, multidisciplinary appeal and compelling bodies of work. Many of the lectures are supported by endowments, while others honor notable figures and milestones in the university’s history. All Signature Lectures are free and open to the public. Capacity is limited for some lectures, with registration required.

The fall 2022 Signature Lectures are:

Constitution Day at UGA: “Reflections of a Would-be Framer”

Levinson is a celebrated legal scholar known for his writings on constitutional law. Levinson is the author of approximately 400 articles, book reviews and commentaries in professional and popular journals and a regular contributor to the popular blog Balkinization. He has also written six books and edited or co-edited nine others, including a leading constitutional law casebook. Levinson received the Lifetime Achievement Award from the Law and Courts Section of the American Political Science Association in 2010.

Leachman’s paintings are noted for repositioning abstraction, figuration and geometry, making seamless connections between the subliminal and sublime. Her current project, “Fifty Forests,” explores both pattern and symbolism in the growth formations of trees throughout America’s 50 states, including most recently the old-growth longleaf forests of Georgia. Leachman also designed “Senzeni Na?” (“What Have We Done?”), an Academy Award nominee for Best Live Action Short Film in 1990. Her work is featured in the collection of the National Gallery of Art and an oral history interview with Leachman is included in the Smithsonian Archives of American Art in Washington, D.C. The exhibition “Longleaf Lines,” part two of Leachman’s “Fifty Forests” project, will be on display at the Georgia Museum of Art through February 2023.

Sponsored by the Georgia Museum of Art

Cooper’s work focuses on the intersection of business and people strategies. Her company, Journey Forward Strategies, is a consulting firm specializing in leadership development and organization effectiveness.  She has received numerous honors, including the Atlanta Business Chronicle’s Women of Influence Lifetime Achievement Award, Georgia Trend Magazine’s Most Respected Business Leader Award, and the American Association of University Women’s Woman of the Year Award. In addition, she has been named one of Georgia Trend’s 100 Most Influential Georgians and one of the Atlanta Business Chronicle’s “Power 100” multiple times. She was named one of Black Enterprise Magazine’s Most Powerful Executives in Corporate America in 2017.

“Nasty, Brutish and Short: Adventures in Philosophy with My Kids”

Hershovitz is director of the Law and Ethics Program and professor of law and philosophy at the University of Michigan. He is the author of “Nasty, Brutish and Short: Adventures in Philosophy with My Kids,” an NPR Best Book of 2022. The book uses deft storytelling and a sharp wit to show what philosophy is; why kids are the best philosophers of all; and how they can teach us to puzzle through revenge, rights, consciousness, the size of the universe and other daunting mysteries most grown-ups learn to ignore.

Sponsored by the department of philosophy, the Willson Center for Humanities and Arts and the Jere W. Morehead Honors College

Inspired by Martin Luther King Jr., John Lewis joined the Civil Rights Movement and became one of the founding figures of the Student Nonviolent Coordinating Committee (SNCC) while attending Fisk University. With SNCC, Lewis led and participated in peaceful protests against segregation, including sit-ins at segregated lunch counters and Freedom Rides on buses crossing state lines in the South during the early 1960s. Lewis’ activism continued in Congress, where he represented Georgia’s 5th Congressional District for over 30 years. Hoping to reach a new generation, Lewis wrote a graphic novel series alongside Andrew Aydin with illustrations by Nate Powell. Aimed at young adults, “March” detailed his experiences during the Civil Rights Movement. The series garnered critical acclaim, with the final installment receiving the National Book Award in 2016 and a Coretta Scott King Book Award in 2017.

2022 D.W. Brooks Lecture and Awards: “Science Friction: Can effective communication save genome editing from the fate of GMOs?”

A professor of cooperative extension in animal genomics and biotechnology at the University of California, Davis, for 20 years, Van Eenennaam’s current research projects include the development of genome editing approaches for cattle. She has given more than 700 invited presentations globally and uses a variety of media to inform audiences about science and technology. A passionate advocate of science, Van Eenennaam received the 2014 Council for Agricultural Science and Technology Borlaug Communication Award and the 2019 American Society of Animal Science Rockefeller Prentice Award in Animal Breeding and Genetics.

Cassandra Quave, curator of the Herbarium and associate professor of dermatology and human health, Emory University

Johnstone Lecture: “The Plant Hunter: A Scientist’s Quest for Nature’s Next Medicines”

Quave leads anti-infective drug discovery research initiatives and teaches courses on medicinal plants, microbiology and pharmacology. As a medical ethnobotanist, her work focuses on the documentation and pharmacological evaluation of plants used in traditional medicine. Quave’s research is supported by the NIH, industry contracts, and philanthropy. She is a Fellow of the Explorers Club, a past president of the Society for Economic Botany, a recipient of the Emory Williams Teaching Award and Charles Heiser, Jr. Mentor Award.

Sponsored by the State Botanical Garden of Georgia

Tristan Leavitt, attorney and member of the Merit Systems Protection Board

An attorney and a member of the Merit Systems Protection Board (MSPB), Leavitt previously served as MSPB’s general counsel and as the agency’s acting chief executive and administrative officer. Before his roles with MSPB, Leavitt served at the Office of Special Counsel as the principal deputy special counsel, including time as acting special counsel. He also served on Capitol Hill, conducting congressional investigations of government waste, fraud and abuse and handling various transparency and accountability legislative issues.

Coulson Lecture: “Combustion in a Sustainable World: From Molecules to Processes”

Stephen Klippenstein’s cutting-edge, computational chemistry research has significantly impacted a wide range of fields, including sustainable energy, combustion, interstellar chemistry and atmospheric chemistry. He has earned numerous prestigious honors including the Spiers Memorial Lecturer from the Royal Society of Chemistry, the Polanyi Medal from the Royal Society of Chemistry, and the Zeldovich Gold Medal from the Combustion Institute. Klippenstein received his Ph.D. in physical chemistry from the California Institute of Technology, where he conducted theoretical studies of chemical reaction dynamics with Nobel Prize recipient R. A. Marcus.

Requests for accommodations for those with disabilities should be made as soon as possible but at least seven days prior to the scheduled lecture. To request an accommodation, please notify the event contact. Event contacts are listed here.