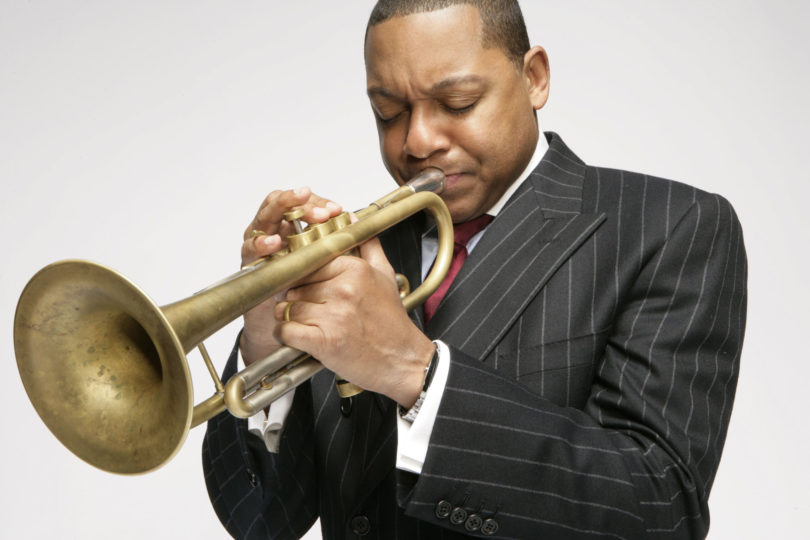 Wynton Marsalis will perform with the Jazz at Lincoln Center Orchestra and Chorus Oct. 10.

Athens, Ga. – The University of Georgia Performing Arts Center has announced the roster of artists for the 2013-2014 season.

“I’m looking forward to this, our eighteenth season, as we invite our audience to discover the rich variety of arts at UGA,” said George C. Foreman, director of the Performing Arts Center director. “It will be a year full of incomparable performances by world-class artists offering a broad spectrum of entertainment with something for everyone to enjoy.”

The 2013-2014 season will feature Hal Holbrook in “Mark Twain Tonight!” on Nov. 15. The Oscar-nominated Holbrook has been bringing the unique humor of American author Mark Twain to the stage for nearly 50 years. On Feb. 11, violinist Joshua Bell will give a recital. He was recently appointed music director of the Academy of St. Martin in the Fields, the first person and first American to hold the post since Sir Neville Marriner formed the orchestra in 1958.

In addition to the special events, the Performing Arts Center will present seven different performance series showcasing music, dance and theater from around the world.

The PAC will continue its partnership with the Classic Center with three collaborations: improv masters Colin Mochrie and Brad Sherwood, stars of “Whose Line Is It Anyway?,” in Two Man Group on Nov. 7; the international percussion STOMP on March 5 and 6; and the Rudolf Nureyev State Ballet Theatre performing “The Nutcracker” on Dec. 21-22.

The 2013-2014 season will open Sept. 29 with the Atlanta Symphony Orchestra, conducted by Robert Spano with guest pianist André Watts. The ASO will return on Feb. 2 with guest conductor Roberto Abbado and violinist Nadja Salerno-Sonnenberg.

The Performing Arts Center will continue to offer pre-concert lectures 45 minutes prior to select performances, and the PAC is again collaborating with the Georgia Museum of Art to invite patrons to “Make It an Evening” by arriving early for museum gallery tours and dessert.

The following is the 2013-2014 season schedule of the UGA Performing Arts Center by series:

The Arco Series
• ARCO Chamber Orchestra, Nov. 5, 8 p.m. and Feb. 25, 8 p.m., Hodgson Concert Hall
The ARCO Chamber Orchestra was established in 1990 by Levon Ambartsumian, during his years as professor of violin at the Moscow Tchaikovsky Conservatory. Since 1995, the orchestra has been based in Athens at UGA, where Ambartsumian is Franklin Professor of Violin at the Hugh Hodgson School of Music.