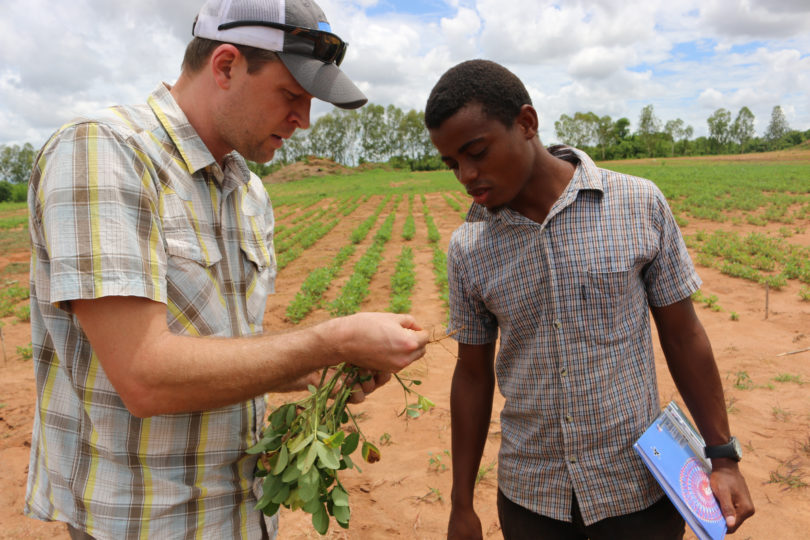 The University of Georgia has received a $14 million grant from the U.S. Agency of International Development to manage the Feed the Future Innovation Lab for Peanut Research, known as the Peanut Lab, a global peanut research program that works to alleviate hunger by helping farmers in developing countries grow healthy crops. The agreement builds on UGA and USAID’s long-standing partnership on global peanut research dating to the 1980s.

“For nearly a century, the University of Georgia and our partners have focused tremendous research and extension resources toward developing advanced peanut varieties, improving production methods and increasing yields to create a steady supply of high-quality peanut protein,” said Sam Pardue, dean and director of UGA’s College of Agricultural and Environmental Sciences. “With our partnership with USAID, we are committed to continue those efforts to ensure food security at home and around the world.”

As the leader of this Feed the Future Innovation Lab—one of 24 such labs across the U.S.—UGA will manage and coordinate a range of research projects by researchers at U.S. universities and partner institutions abroad. In the past, peanut research supported by this program has helped reduce post-harvest loss and boost plant productivity, food safety, and maternal and child nutrition. The new program will build on many of the successes of the previous Peanut & Mycotoxin Innovation Lab by developing new varieties and focusing on pre- and postharvest management, and will also work on new research projects in the areas of peanut-based nutrition, gender and youth. 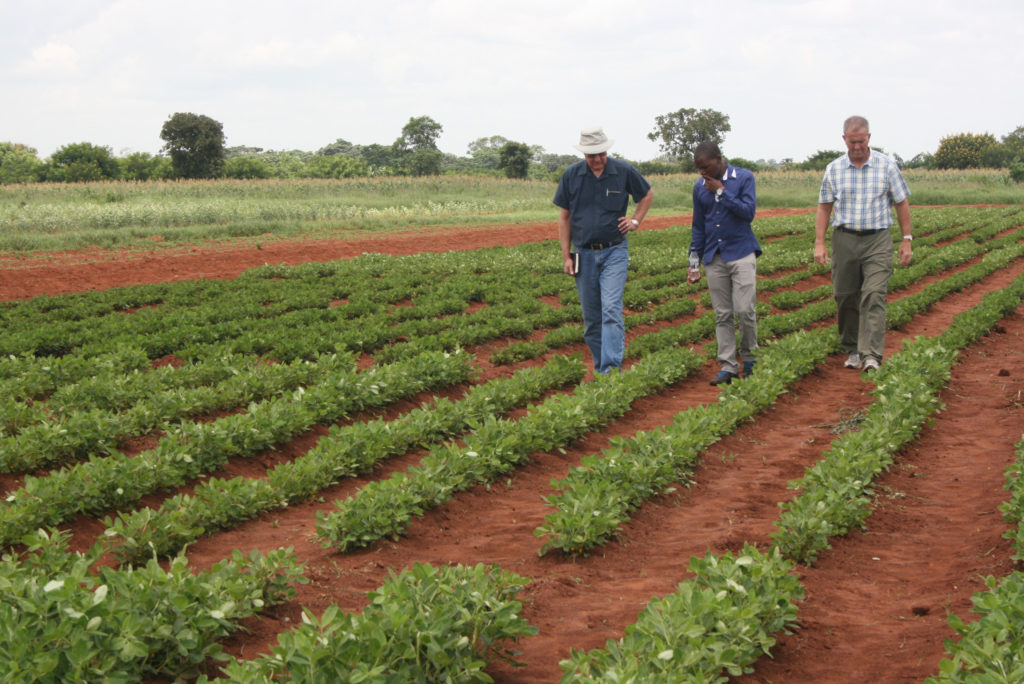 Peanuts, which are an important part of the traditional diet in many developing countries, are the base of therapeutic food that restores severely malnourished children and supplementary food that can stave off hunger in the first place.

U.S. Sen. Johnny Isakson of Georgia has stressed how leveraging innovation to help farmers grow enough food is important not just for food security, but also for U.S. national security. A champion of the 2016 Global Food Security Act, which supports and strengthens Feed the Future’s work, Isakson reintroduced the bill late last year.

Peanut is an amazing plant — resilient to drought, beneficial to the soil, and a nutritious source of protein with many health benefits.” — Director Dave Hoisington

“The University of Georgia’s peanut research innovation lab has, for years, been a leader in improving peanut production through the development and use of advanced genetic and genomic technologies and better crop protection measures,” Isakson said. “Georgia agriculture plays an important role in global food security through Feed the Future and other initiatives at the U.S. Agency for International Development. This continued investment is positive news for the future as we continue improving and implementing the U.S. global food security strategy.”

Dave Hoisington, who led the Peanut & Mycotoxin Innovation Lab at UGA since 2013 and holds a joint appointment as senior research professor in the Crop and Soil Sciences Department at UGA, will continue as director.

“The Peanut Lab will lead the fight against food insecurity around the world by providing farmers the seeds and knowledge they need to grow a healthy crop, giving processors the knowledge to keep that food free from contamination and building the capacity here and abroad to address new problems as they arise,” Hoisington said.

“Peanut is an amazing plant—resilient to drought, beneficial to the soil, and a nutritious source of protein with many health benefits. It’s exciting to be a part of the program at UGA that has such an important crop as its research focus,” he said.

The program officially started on Jan. 11, and specific projects and work plans will be defined in coming months.