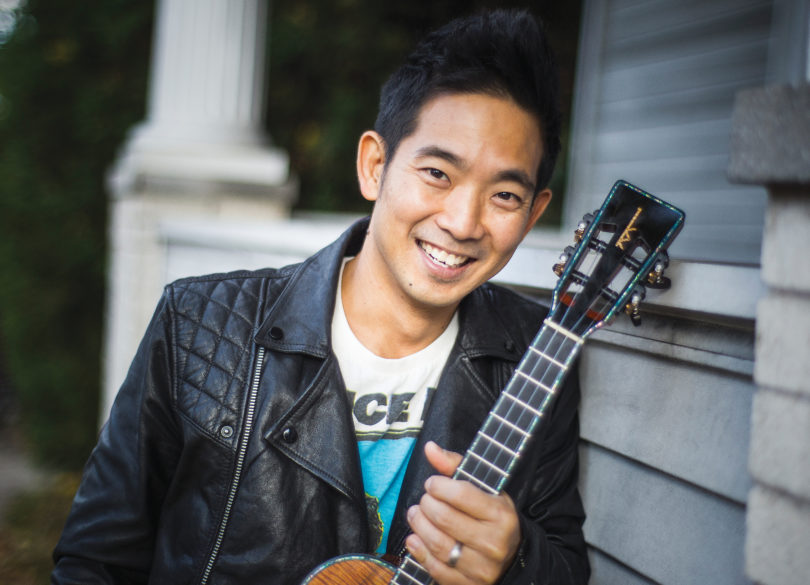 UGA Presents is bringing ukulele virtuoso Jake Shimabukuro to Athens Sept. 14 for a 7:30 p.m. show in Hodgson Concert Hall. Born and raised in Honolulu, where he still makes his home, Shimabukuro has gained an international fan base for his impressive fretwork and ambitious repertoire.

Shimabukuro first achieved local fame as a member of the group Pure Heart, and from there his celebrity spread to Japan. He was signed to Epic Records (Sony/Japan) in 2001 as a solo artist.

In 2005, Shimabukuro became an international phenomenon when a video of him performing the George Harrison song “While My Guitar Gently Weeps” went viral on YouTube.

“At the time, I didn’t even know what YouTube was,” he said. “Nobody did, especially in Hawai’i. But I had some friends who were going to college on the mainland and they sent me a link to the video. By the time I saw it, it already had millions of views. My name wasn’t even on it then. All it said was ‘Asian guy shreds on ukulele.’ That’s what opened up the doors to touring in North America, Europe, Asia and beyond. It was a big turning point for me.”

Today, Shimabukuro’s busy touring schedule takes him to some of the world’s most prestigious venues including the Hollywood Bowl, Lincoln Center and the Sydney Opera House. He has even performed for Her Majesty Queen Elizabeth II.

Along with his own original compositions, he has become noted for his solo uke arrangements of such varied pieces as Queen’s “Bohemian Rhapsody,” Schubert’s “Ave Maria” and Leonard Cohen’s “Hallelujah.” His Athens concert will feature selections from his newest release, “The Greatest Day.”

Tickets for the concert start at $15 and can be purchased at the Performing Arts Center box office, online at pac.uga.edu or by calling 706-542-4400. A limited number of discounted tickets are available to current UGA students for $10 with a valid UGA ID (limit one ticket per student).

The concert is sponsored by Kay and Stu Fors and Janet Rodekohr.