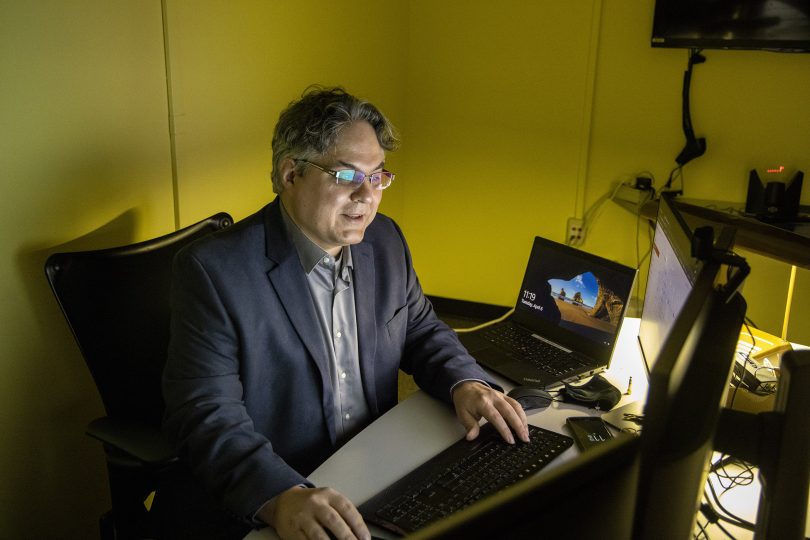 When COVID forced so many things online, there needed to be an efficient way to get everyone up and running. That’s where Jim Henneberger, director of information technology at the University of Georgia’s School of Law, came in. His duties normally include supervising and managing the computer services department. He also works to administer, maintain and support all law library and Georgia Law network servers and is the primary security officer for the law school’s technology resources. But with COVID, a whole new layer of responsibilities was added.

“There was a rush to move everything online and we had a limited stock of the items that allow people to work from home,” said Henneberger. “Our job turned from an 8 to 5 type of job to an all day/all night kind of thing because people were trying to get folks set up in their home environments and helping them troubleshoot.”

Henneberger and his team, including Chris Boston and Brad Grove, also had to figure out how exams might work at the law school.

“Most law school exams for the first and second years are primarily big in-class, three-hour exams. But we couldn’t do that,” said Henneberger. He quickly shifted the school to UGA’s online course management system, which hadn’t been widely used at the law school, to support testing and provide content for students.

Come summer, it was a new set of challenges. They needed to figure out how to outfit hybrid classrooms to serve both remote and in-person students. “We were competing with everyone else who was buying web cams at the same time,” Henneberger said. They made do with whatever they could find and worked around delivery delays.

“The crew and I had to figure out a lot of stuff that we just didn’t even think about before, like how to mic a room full of students – all wearing masks – and have their voices be audible to the people who were remote,” he said. “A lot of it was just trial and error until we figured out what worked.” 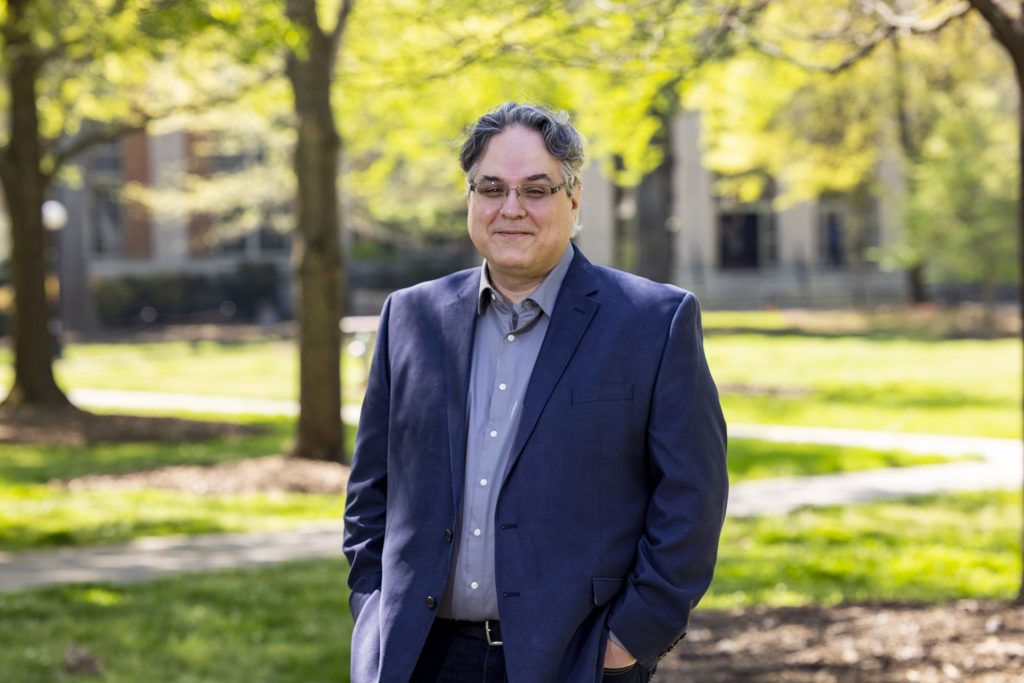 Luckily that sort of tinkering around with tech was something Henneberger had been doing since he was a kid. His father, Bob Henneberger, worked at UGA in the Main Library in photographic services. “My dad was huge geek. Back in the ’80s, he was buying hobby computers. That’s what really taught me how to deal with technology – figuring out those new weird computers my dad brought home.”

Henneberger and his team have also spent many hours manning the help desk. He has a gift for deescalating panicky callers with his calm “It’s all good” attitude. “We are certainly happy to help. The tech is simple compared to having to take an exam or worry about what the heck is going on with COVID and things like that,” said Henneberger.

“We stay calm and, as long as we stay calm, we can usually sort out a solution,” he said. “It’s only Zoom or whatever the issue is. If it goes badly this time, hey, next time it’s going to go better.”