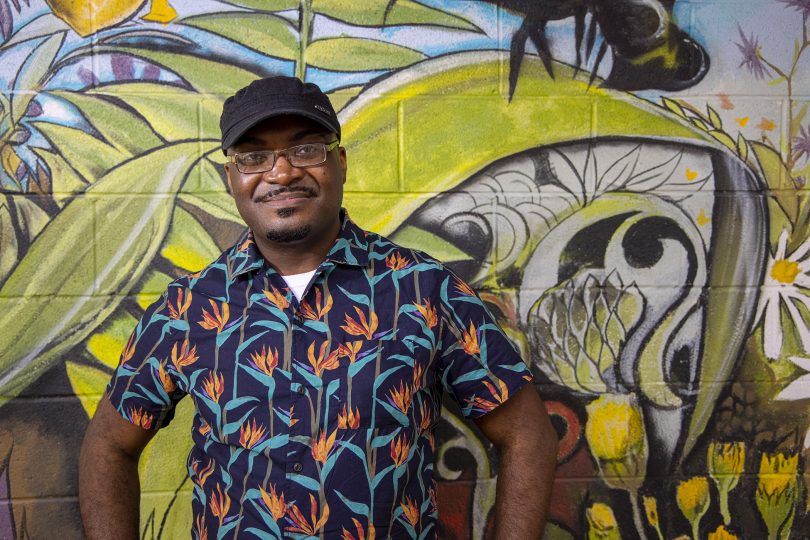 Will Rogers in front of a mural at the State Botanical Garden of Georgia. (Photo by Dorothy Kozlowski/UGA)

Will Rogers is an essential worker for imperiled plant species

When COVID hit, Will Rogers, a conservation research professional at the State Botanical Garden of Georgia, was immediately listed as an essential worker. And for good reason. “I had living collections, a lot of federally and state protected plants,” said Rogers, who cares for imperiled species used for research projects funded through the National Science Foundation.

As folks cleared off campus at the beginning of the pandemic, Rogers stayed on to care for these rare and sometimes finicky plants like Xerophyllum asphodeloides, otherwise known as turkey beard. “The turkey beard can be a diva to germinate and keep growing,” said Rogers.

Through the various phases of the pandemic, Rogers kept the plants thriving, while adjusting to whatever else came his way and jumping in to help. This included everything from building large above-ground planting boxes with a grad student (“We were both kind of amateurs, but they came out really well!” he said, sounding a little surprised) to filming videos for elementary and middle school students on carnivorous plants, including that eternal kid favorite, the Venus’ flytrap.

Rogers not only tends to the plants, but in some cases, he goes out and finds them. One under his care is Pityopsis ruthii, an endangered member of the aster family found only in Polk County, Tennessee. 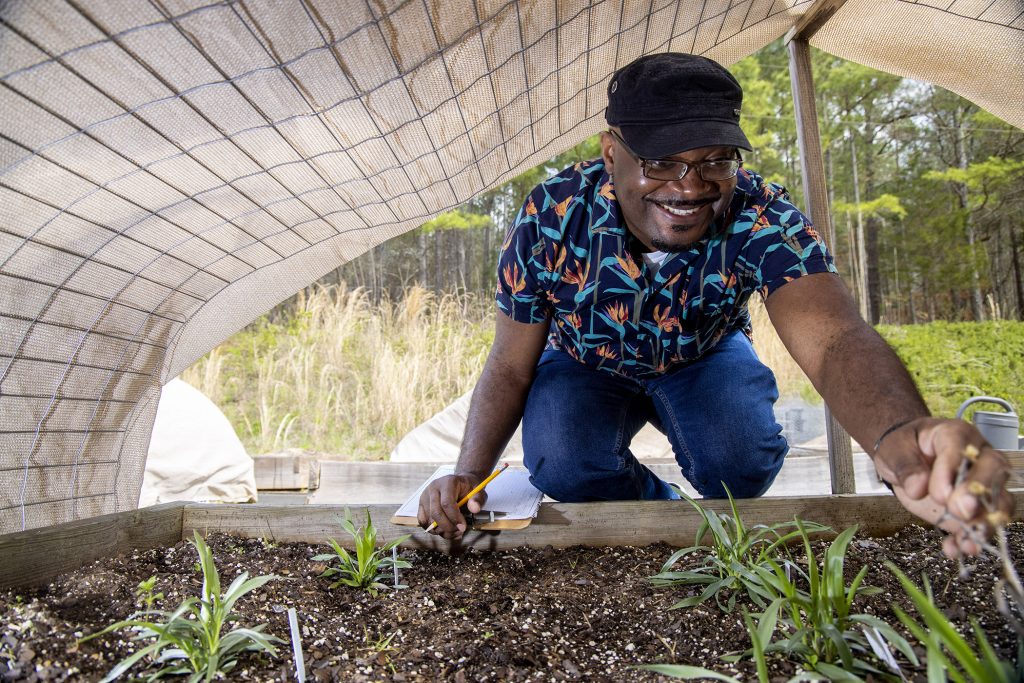 “My first day on the job, I went to Tennessee to collect the Pityopsis. It was some intense fieldwork, hiking for hours in the mountains over two days,” said Rogers, who started the job in 2017. “It was a stark contrast because I was used to being in the lab. I felt like a city boy thrown into the woods.”

Once he sampled the wild plants, Rogers had to figure out how to re-create its very specific environment in Athens. “The description for where the Pityopsis grows is ‘soil-filled rock crevices along the Hiawassee and Ocoee Rivers river systems.’ I came up with a soil mix that mimicked it that was mostly sand and some potting soil mix. And the plants loved it.”

For these plants, Rogers is truly an essential worker, standing between life and, well, not life. But being in charge of such tenuous species doesn’t stress Rogers out too much. At least not anymore. 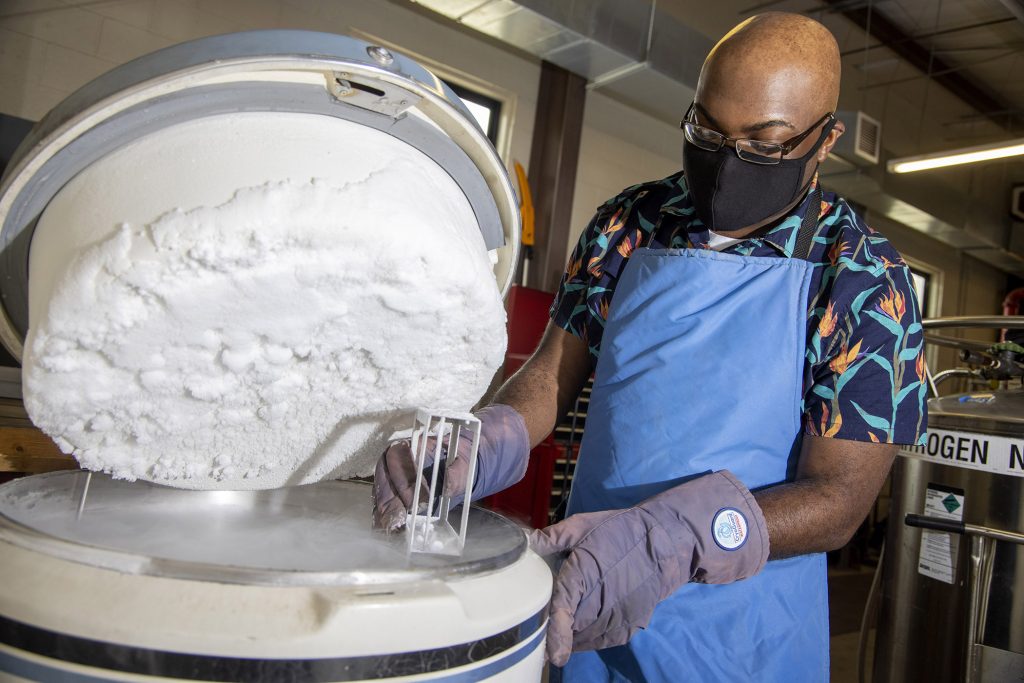 “When I first started the position, I was terrified. I inherited 15 seedlings of a really, really endangered species, Rhus michauxii, and the soil mix had all kinds of ingredients I had never heard of, like tree fern fiber,” he said. “I actually spent most of my first Christmas in the position babying those plants and singing to them, but now I just do a lot of research and figure something out to keep them alive and growing.”

And what kind of songs do the plants like Rogers to sing?