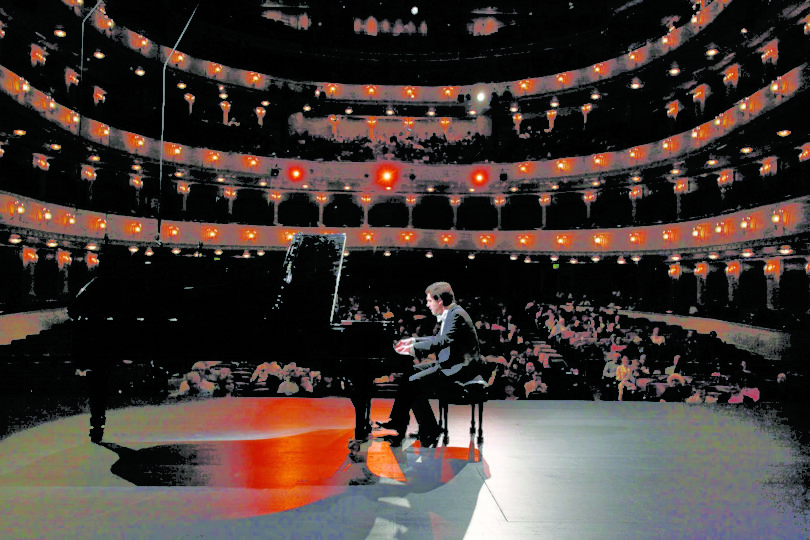 Athens, Ga. – The University of Georgia Performing Arts Center will present pianist Vadym Kholodenko March 31 at 8 p.m. in Hodgson Concert Hall. Kholodenko won the gold medal at the 14th Van Cliburn International Piano Competition in 2013 and is the reigning gold medalist of the quadrennial competition.

In addition to winning the gold, Kholodenko took home prizes for best performance of the piano quintet and best performance of the commissioned work. He further demonstrated his artistry with a cadenza in Mozart’s Concerto No. 21 in C Major, which he composed himself on the plane from Moscow. Throughout the competition he “showed the guts of a true superartist,” said the San Francisco Classical Voice.

Born in Kiev, Kholodenko is the first musician in his family. He made his debut appearances in the U.S. and China at the age of 13. During the 2014-2015 season, Kholodenko has performed with the Indianapolis, Malmö, Madrid RTVE, Phoenix and San Diego symphonies and has given solo recitals in Boston, Miami, Paris, Rio de Janeiro, Seattle, Singapore and throughout Japan. He also toured South America with the Norwegian Radio Orchestra.

Kholodenko’s Performing Arts Center program will include works by Handel, Mozart, Beethoven and Debussy. His concert will be recorded for national broadcast on American Public Media’s Performance Today, heard by 1.4 million listeners.

The performance underwriter is Robert Saveland.