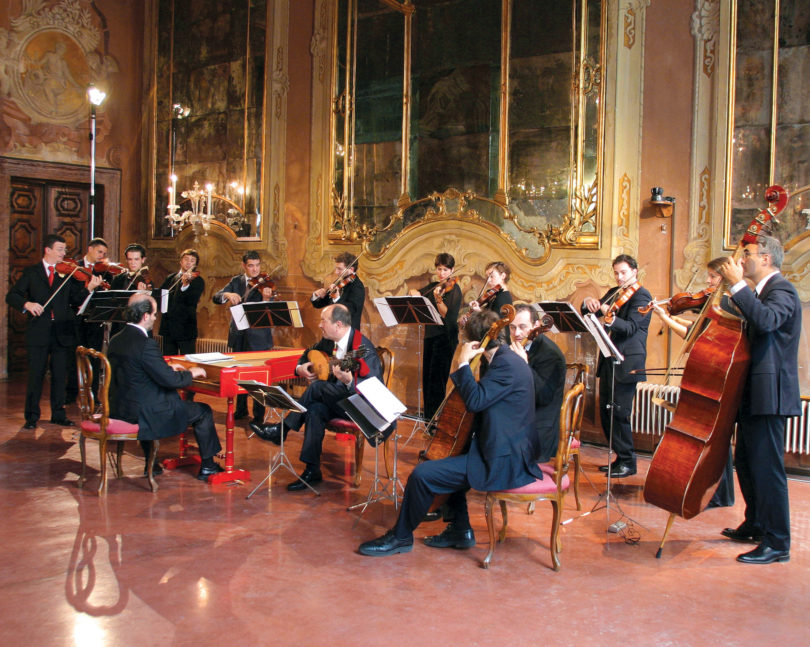 The orchestra's program at UGA will include concertos by Antonio Vivaldi

The Performing Arts Center will present the Venice Baroque Orchestra on Jan. 27 at 3 p.m. in Hodgson Concert Hall. Tickets, $20-$39 with discounts for UGA students and groups of 10 or more, can be purchased online at pac.uga.edu or by calling the box office at 706-542-4400.

Andrea Marcon will conduct the orchestra in a program of concertos by composers including Antonio Vivaldi, George Frideric Handel, Francesco Geminiani and Georg Philipp Telemann.

Marcon, a Baroque scholar and harpsichordist, founded the Venice Baroque Orchestra in 1997. The orchestra has become one of the world’s leading ensembles devoted to period instrument performance. The group has given critically acclaimed concert tours throughout North America, Europe, South America and Asia.

During the 2011-2012 season, the orchestra embarked on a 28-city tour of the U.S., including a concert in UGA’s Hodgson Hall with a premiere performance of Philip Glass’ new violin concerto, The American Four Seasons by violinist Robert McDuffie.

Theresa Chafin, a doctoral student in musicology, will give a pre-concert lecture at 2:15 p.m. The lecture is free and open to the public.

The concert will be recorded for broadcast on American Public Media’s Performance Today, heard by more than 1.3 million listeners across the country.