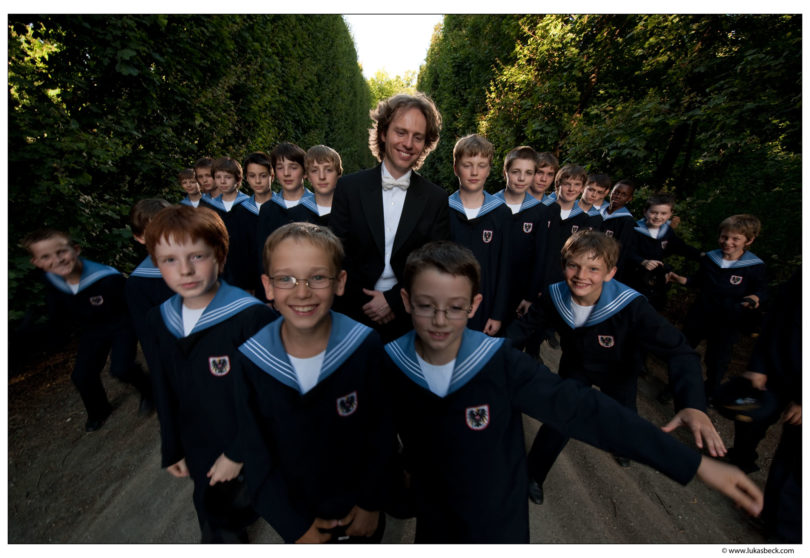 The Performing Arts Center will present the Vienna Boys Choir on Oct. 15 at 8 p.m. in Hodgson Concert Hall. The choir has planned a varied program for the Athens engagement, one that will feature a combination of sacred and secular music ranging from classical works by Schubert and Strauss to popular songs from Paul Simon and ABBA.

Tickets for the concert are $25-$45 with special discounts for UGA students. Tickets can be purchased at pac.uga.edu or by calling the box office at 706-542-4400.

The Vienna Boys Choir began in 1498 when Emperor Maximilian I moved his court and his court musicians to Vienna. He gave instructions that there were to be six singing boys among his musicians. Until 1918, the choir sang exclusively for the imperial court, at Mass, at private concerts and on state occasions.

In 1918, after the breakdown of the Habsburg Empire, the Austrian government took over the court opera, its orchestra and the adult singers, but not the boys choir. The Vienna Boys Choir owes its survival to the initiative of Josef Schnitt, who became dean of the Imperial Chapel in 1921. Schnitt established the boys choir as a private institution. The former court choirboys became the Wiener Sängerknaben (Vienna Boys Choir), and the imperial uniform was replaced by the sailor suit, then the height of boys’ fashion.

In 1926, the choir began to give concerts outside the chapel, performing motets, secular works and, at the boys’ request, children’s operas. The public response was overwhelming, and within a year, the choir performed in Berlin, Prague and Zurich, followed soon thereafter by tours to Spain, France, Denmark, Norway and Sweden. The choir made it first U.S. appearance in 1932, moving on to Australia in 1934 and South America in 1936.

Today there are 100 choristers between the ages of 10 and 14, divided into four touring choirs. The four choirs give around 300 concerts and performances each year in front of almost half a million people. Each group spends nine to 11 weeks of the school year on tour, performing in virtually all European countries and frequently in Asia, Australia and the Americas.

Theresa Chafin, a doctoral student in musicology at UGA, will offer a pre-concert lecture 45 minutes prior to the Vienna Boys Choir performance. The lecture is free and open to the public.