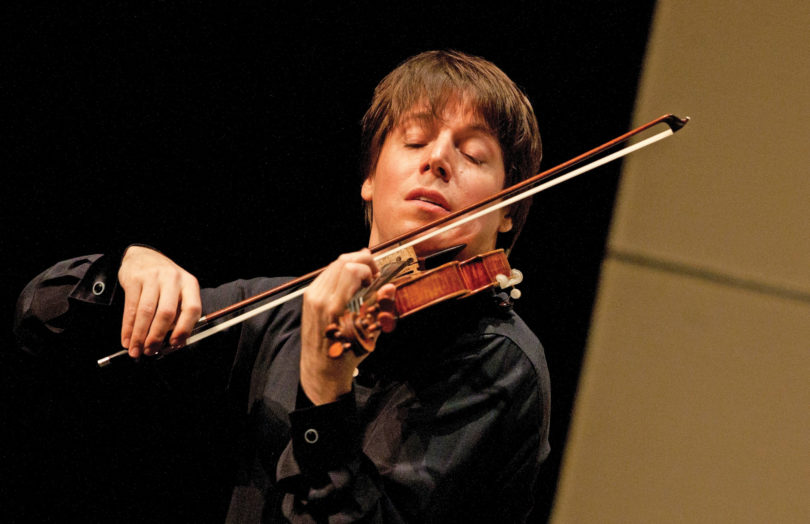 UPDATE: Due to weather, this performance has been postponed until a later date. The Performing Arts Center will release further information in the near future.

Bell is one of the world’s most celebrated musicians. The Boston Herald has called him “the greatest American violinist active today.”

An Avery Fisher Prize recipient, Bell received the New York Recording Academy Honors in 2013. He recently was appointed music director of the Academy of St. Martin in the Fields, the first person to hold the title since Sir Neville Marriner formed the orchestra in 1958. The Academy’s first recording under Bell’s leadership of Beethoven’s Fourth and Seventh Symphonies debuted at No. 1 on the Billboard Classical chart.

He has recorded more than 40 CDs, garnering Mercury, Grammy, Gramophone and Echo Klassik awards. His 2004 release, Romance of the Violin, was picked by Billboard as Classical CD of the Year, and Bell was named classical artist of the year. He also was featured on the Oscar-winning soundtrack for the film The Red Violin.

Born in Bloomington, Ind., Bell received his first violin at age 4 and at 12 began studying at Indiana University. Two years later, he came to national attention in his debut with the Philadelphia Orchestra. At 17, he debuted at Carnegie Hall. Bell’s career has now spanned more than 30 years as a soloist, chamber musician, recording artist and conductor. He performs on the 1713 Huberman Stradivarius.

Bell’s Athens recital will include Bach’s “Chaconne from Partita No. 2,” Beethoven’s “Violin Sonata No. 10” and Stravinsky’s “Divertimento,” with additional works to be announced from the stage. He will be accompanied by award-winning British pianist Sam Haywood.

The recital is scheduled to be recorded for broadcast on American Public Media’s Performance Today, heard by more than 1.3 million listeners across the country.

Tickets for Bell’s recital are $49-$69 with special discounts for UGA students. Tickets can be purchased at the Performing Arts Center box office, online at pac.uga.edu or by calling 706-542-4400.