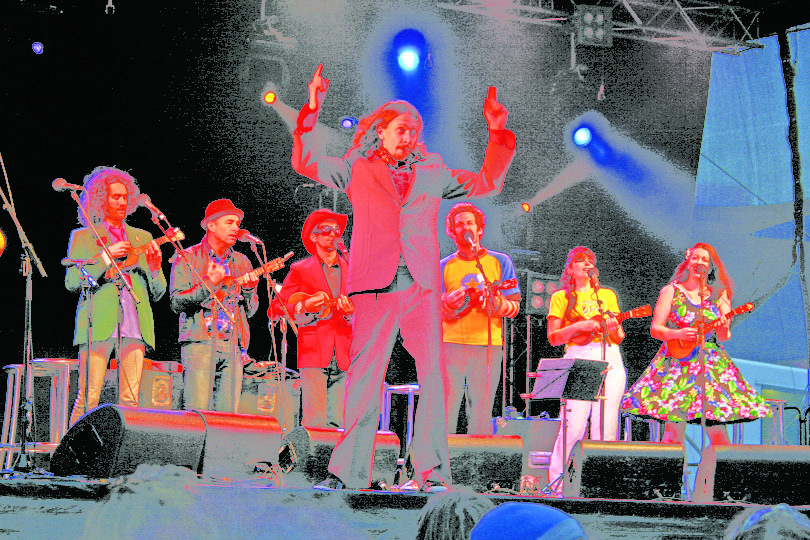 Concert to be held Jan. 15 at UGA Performing Arts Center

The concept for the orchestra began in 2005 in a Wellington, New Zealand café when musician Age Pryor hatched the idea with his friend Bret McKenzie, one-half of the Grammy-winning duo Flight of the Conchords. Within a few months, a dozen of the city’s musicians had gathered to interpret hit songs from across the musical generations, adding in a healthy dose of comedy.

The orchestra’s signature sound features many types of ukuleles, a double bass and a host of voices performing harmonious and hilarious renditions of modern and traditional tunes. Outrageous costumes are also part of the orchestra’s appeal.

The orchestra has now become one of New Zealand’s most popular live acts, touring throughout Australia and the United Kingdom. The band has performed sold-out shows at the Edinburgh Fringe Festival, the Melbourne Comedy Festival and the New Zealand International Comedy Festival where they won the Best Local Act award.

Tickets for the Wellington International Ukulele Orchestra performance are $25-$35 and are discounted for UGA students. Tickets can be purchased at the Performing Arts Center, online at pac.uga.edu or by calling the box office at 706-542-4400 or toll free at 888-289-8497.