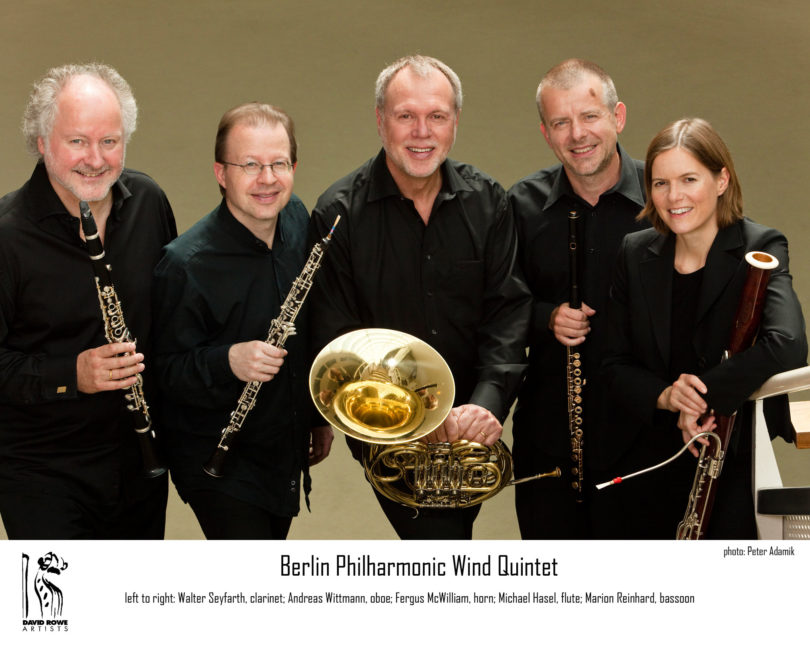 The UGA Performing Arts Center will present the Berlin Philharmonic Wind Quintet Oct. 15 at 8 p.m. in Hodgson Concert Hall. The concert is part of the Franklin College Chamber Music Series.

Tickets are $40 with special discounts for UGA students and can be purchased at the Performing Arts Center box office, online at pac.uga.edu or by calling 706-542-4400.

Founded in 1988, the Berlin Philharmonic Wind Quintet was the first permanently established wind quintet in the famous orchestra’s rich tradition of chamber music. The group still maintains four of its original members and has gained a worldwide fan base and earned glowing reviews from the international press.

The Manchester Evening News calls the quintet “arguably the best of its kind in the world,” and the Los Angeles Times says the ensemble is “as virtuosic and skilled a unit as any on the chamber music circuit.”

In addition to concerts throughout Europe, North and South America, Israel, Australia and the Far East, the Berlin Philharmonic Wind Quintet appears regularly at international festivals such as the Berliner Festwochen, the Edinburgh Festival, the London Proms, the Quintette-Biennale Marseille, the Rheingau Festival and the Salzburg Festival.

The concert will be recorded for broadcast on American Public Media’s Performance Today, heard by 1.4 million listeners across the country.