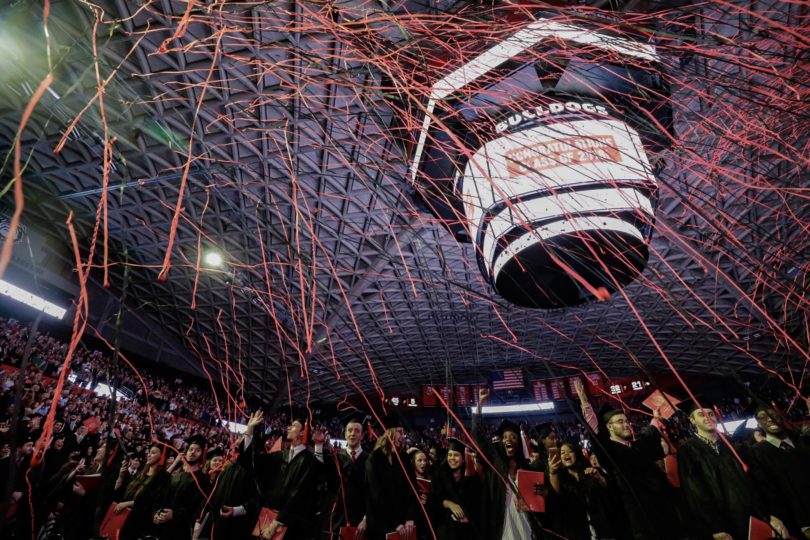 The University of Georgia will welcome its newest alumni Dec. 13 as 1,799 undergraduates and 1,263 graduate students—a total of 3,062—have met requirements to walk in the university’s fall Commencement ceremonies.

The undergraduate Commencement ceremony is scheduled for 9:30 a.m. in Stegeman Coliseum, and tickets are required. The graduate ceremony does not require tickets and will follow at 2:30 p.m. 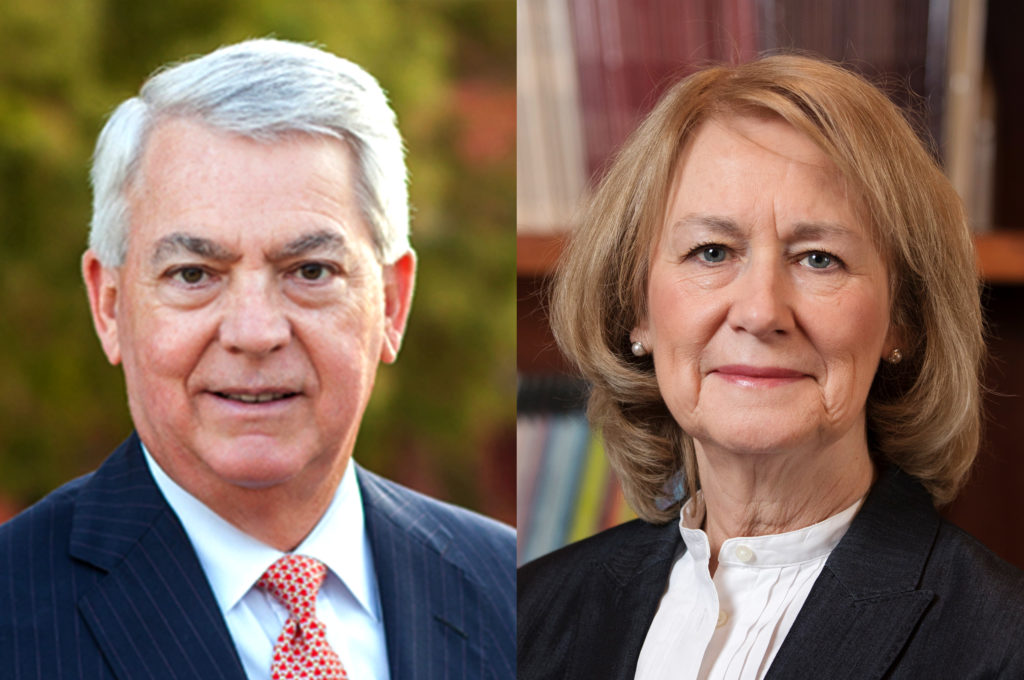 Regent Kessel D. Stelling Jr., chairman and CEO of Synovus Financial Corporation and a member of the University System of Georgia Board of Regents, will deliver the fall undergraduate Commencement address.

Stelling began his career with Synovus, a $48 billion asset bank based out of Columbus, Georgia, in March 2006 and was named president and CEO in 2010. In 2012, he was elected chairman of the company. Under his leadership, Synovus has been named one of American Banker’s most reputable banks for four consecutive years. In 2008, Stelling was appointed to the University System of Georgia Board of Regents, representing Georgia’s 6th Congressional District, and served as chair in 2016. 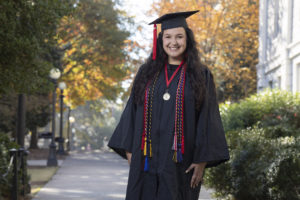 Taylor Maggiore, who will receive a bachelor’s degree in journalism with a certificate in sports media, is the student speaker for the undergraduate ceremony.

Thirteen students will be recognized as First Honor Graduates during the undergraduate exercises for maintaining a 4.0 cumulative GPA in all work completed at UGA as well as all college-level transfer work prior to or following enrollment at the university.

Sanford H. Orkin is scheduled to receive an honorary Doctor of Humane Letters degree from the University of Georgia during the undergraduate ceremony. Orkin and his late wife, Barbara, both attended UGA.

Of the 1,263 graduate students eligible to walk at the 2:30 p.m. ceremony, 327 are doctoral candidates and 936 are receiving their master’s or specialist degrees.

Morris is a seasoned administrator and prolific scholar whose work has addressed educational and economic challenges of the Black Belt South, issues of post-secondary access and persistence, and faculty and leadership development. She has been a faculty member in the Institute of Higher Education since 1989 and was named director in 2006. In 2009, she launched the Georgia College Advising Corps, which has helped more than 28,000 first-generation and underrepresented students enroll in and graduate from college.

Serving as vice provost for academic affairs from 2010 to 2013, Morris established the Office of Online Learning and the UGA Arts Council, led the effort to merge the Skidaway Institute of Oceanography with the university, and increased the number of tenured and tenure-track faculty on campus. She has twice served as interim senior vice president for academic affairs and provost, in 2013-2014 and 2018-2019. She earned a bachelor’s degree in English from UGA and a master’s degree and Ph.D. in adult and higher education from the University of North Carolina-Chapel Hill.

In addition, the university will award a posthumous degree to Kayon Joy Lindsay, a Specialist in Education degree in Educational Administration and Policy.

The ceremony will be streamed live.

In the interest of public safety, the 2019 fall Commencement ceremonies will follow the Southeastern Conference Clear Bag Policy.

Because Commencement falls on a Friday, a routine UGA workday, parking patterns on South Campus near the coliseum will be adjusted. The South Campus parking deck (S-11), Carlton Street parking deck (S-15) and Foley Field/Magill Tennis Complex lot (S-14) will be open at no charge for visitors and guests. Parking for guests with disabilities is available in the Hoke Smith Annex lot (S12). The McPhaul Center lot (S-10) and the Coverdell lot (S-16) will be reserved for members of the Commencement platform party.

More details can be found at commencement.uga.edu.