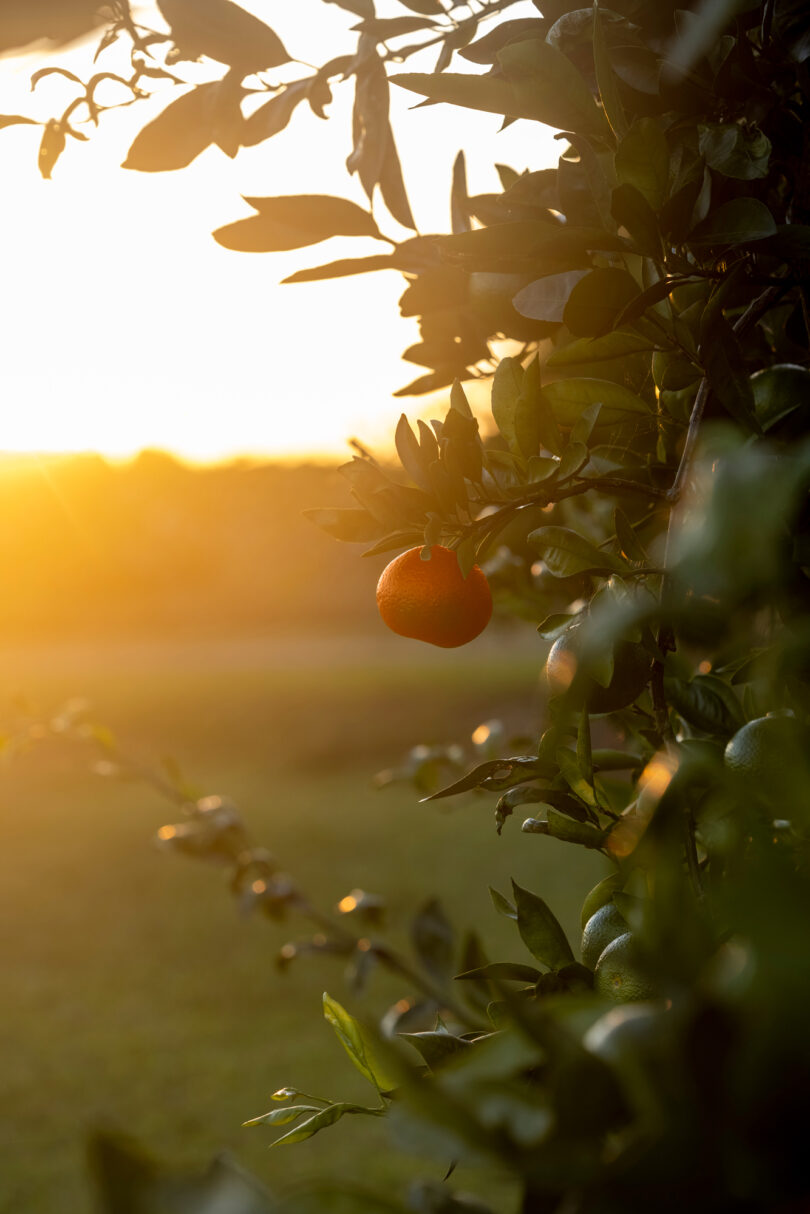 How sweet it is to be a Georgia-grown satsuma orange! (Photo by Dorothy Kozlowski/UGA)

Some of Georgia’s newest cash crops are among the sweetest. Learn how UGA is helping shepherd the state’s growing citrus industry.

Like many south Georgians, Wayne Hanna’s yard includes a citrus tree. For years, he’s picked fruit from it for breakfast or an afternoon snack, but the convenience of homegrown fruit carries with it a drawback. Usually a whole bunch of them.

They are common in homegrown fruit and can make the normally satisfying experience of biting into a juicy orange a lot less sweet. 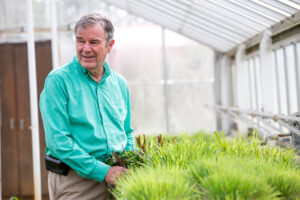 After more than a decade of work, Wayne Hanna, a faculty member at UGA’s Tifton Campus, developed four types of citrus trees that were not only adaptable to the South Georgia climate, they also produced seedless fruit.

Hanna (above), a legend in the plant breeding world, specifically with turfgrass, retired from the Department of Agriculture in 2002. He immediately joined the faculty at the University of Georgia’s Tifton campus. When he arrived, he asked the assistant dean if he could work on developing a cold-tolerant citrus tree that produced seedless fruit.

“Go ahead,” was the answer.

Hanna pursued this goal for nearly a decade and a half. Then, in 2016, he released not one, but three, new seedless citrus trees. All of them carry the brand name “Frost” to identify them as University of Georgia products. There is a tangerine (Sweet Frost), a lemon (Grand Frost), and a grapefruit (Pink Frost). Earlier this year, the trio became a quartet with the addition of a navel orange (Southern Frost).

Hanna says that the Frost line of citrus trees is aimed at homeowners like himself. “The homeowner doesn’t get much attention,” he says. “They would love to have a fruit tree in their backyard. But nobody develops them for that purpose.”

Hanna does have Frost trees in his yard, and seedlings are available for purchase.

For the state’s citrus lovers, though, they aren’t the only option. From morning snack to cash crop, Georgia citrus farming has grown exponentially in the last decade. And much of that growth involves the UGA community.

The Case for Satsumas

On Aug. 22, 2013, a group of south Georgia and north Florida farmers, businessmen, scientists, and educators gathered at the Lowndes County Civic Center in Valdosta to discuss the possibility of growing citrus in the region. Conversations on climate adaptability, pricing, and possible markets filled the space.

“A lot of people have five to 10 acres, and they want to make it productive,” says Jake Price BSA ’90 (below), the Lowndes County Extension Coordinator and the organizer of that meeting. “It’s really not enough acreage to get into pecan production or blueberries commercially. But if you had an acre, you could plant citrus trees and produce a lot of fruit.” 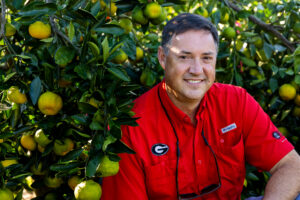 The fruit that came up most frequently in conversation was the satsuma orange. Satsumas, which are smaller than navel oranges, possess traits that make them good candidates for success in Georgia. Most importantly, they’re cold-tolerant to 15 degrees. In fact, colder weather makes the fruit even sweeter. They are also easy to peel and seedless, which makes them popular for school lunches. So when school districts learned about local satsuma production, they were among the first customers.

My plan was to take land that was nonproductive, like the corners of the fields and old pastureland, and see if I could make it productive. Yields have increased every year. It’s an adventure.” — John Crawford, citrus farmer and UGA alumnus

On the downside, while satsumas can thrive in cooler climates, hard freezes can kill them just like any other citrus trees. That’s exactly what happened in the 1950s when satsumas were first introduced to Georgia, albeit on a smaller scale. Winter weather wiped them out.

Seventy years later, with advances in agricultural science, Georgians were ready to give them another chance.

“Interest grew quickly. There was some buzz,” Price says. “Growers had some questions about price. You could get 20 to 25 cents per fruit for school lunches, and a mature acre of citrus can produce 40,000 pounds. People started multiplying the numbers and getting excited.” 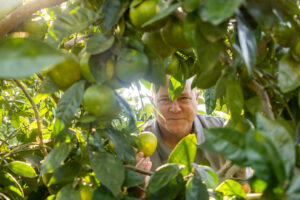 John Crawford BSA ’92 is a citrus farmer, with hundreds of satsuma trees across his property in Ocilla. (Photo by Dorothy Kozlowski/UGA)

Clearly, many prospective growers felt the good outweighed the bad, and they started planting satsumas. One of those optimistic citrus farmers was John Crawford BSA ’92 (above). He planted 100 satsuma trees in 2013; it took three years for them to bear harvestable fruit. Once they did, they were so successful, he planted 100 more trees in each of the next four years. He now has 500 satsuma trees covering five acres of land in Ocilla.

“My plan was to take land that was nonproductive, like the corners of the fields and old pastureland, and see if I could make it productive,” he says. “Yields have increased every year. It’s an adventure.”

By 2016, the still-fledging Georgia citrus industry maintained that buzz. And Price kept getting inquiries. One of those inquiries came from Lindy Savelle. Her family owned a farm in Mitchell County. That April, Price held a program on forming a citrus association. That inspired Savelle to start one, and, in February 2017, the Georgia Citrus Association (GCA) held its first annual meeting with 270 people in attendance.

“It’s just my passion,” says Savelle, who is the GCA president. Her own nursery, Georgia Grown Citrus, sells trees to commercial farmers. “I just want to help grow this industry. The economic impact is going to be huge.”

In 2013, there were about 4,500 commercial citrus trees in the state. Now there are more than 390,000 covering about 2,700 acres in 45 Georgia counties. Satsumas make up around 85% of that. If growth continues at its current rate, Georgia growers could produce upwards of 70 million pounds of fruit by the end of 2023.

The only thing holding the industry back in the first few years was the availability of trees to plant.

Georgia’s first satsumas originated from trees that were grown in Louisiana and Alabama. They proved to be so popular that nurseries ran out. Recently, Georgia growers have stepped up to meet the demand. Now there are four certified citrus nurseries that grow and provide trees.

Lowndes County Extension has set up trials to evaluate which rootstocks and varieties perform best in Georgia. One site is at J.L. Lomax Elementary School in Valdosta where there are more than 200 trees and three separate trials that include a trio of oranges: Owari satsumas, sugar belles, and tango mandarins. Trees are being evaluated for total yield, yield efficiency, fruit quality, fruit size, and cold-hardiness. Much of the fruit is donated to school lunches and the food bank.

Savelle describes the growth of Georgia’s citrus industry as a line that’s pointed straight up. Like any agricultural product, there are inherent dangers with regard to climate, diseases, and pests, but Price is also cautiously optimistic.

“The acreage had gone up exponentially for several years until last year when the growth rate slowed down a bit,” Price says. “It may be a good idea to see if the market can handle what is currently planted and what will happen with citrus greening, but it’s up to individuals. There is a lot of interest in citrus. I still get calls every day. It’s exciting.” 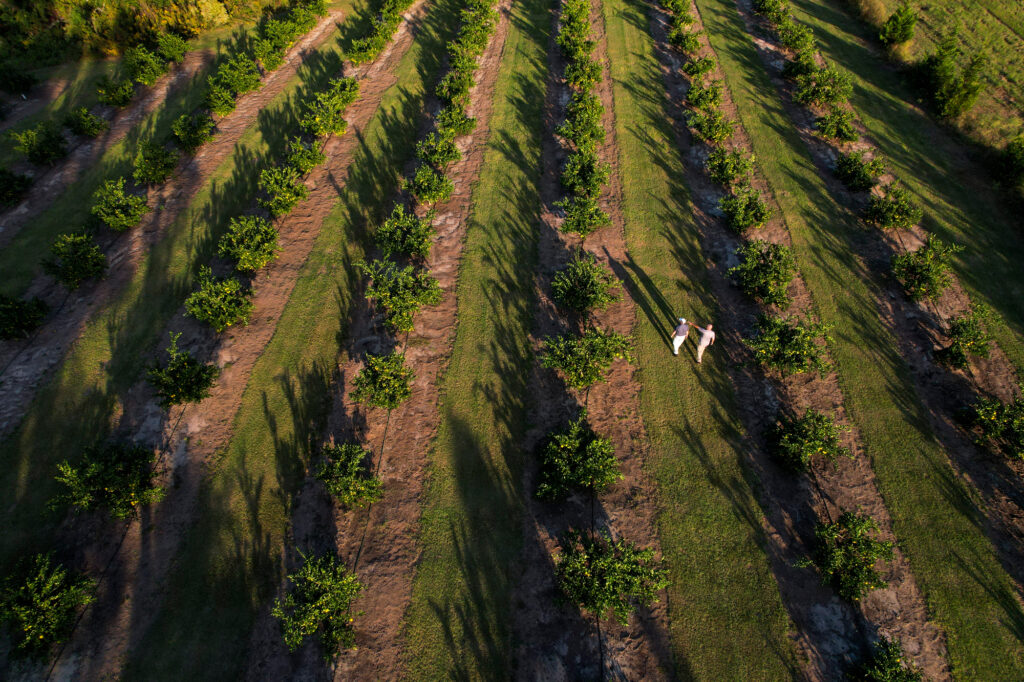