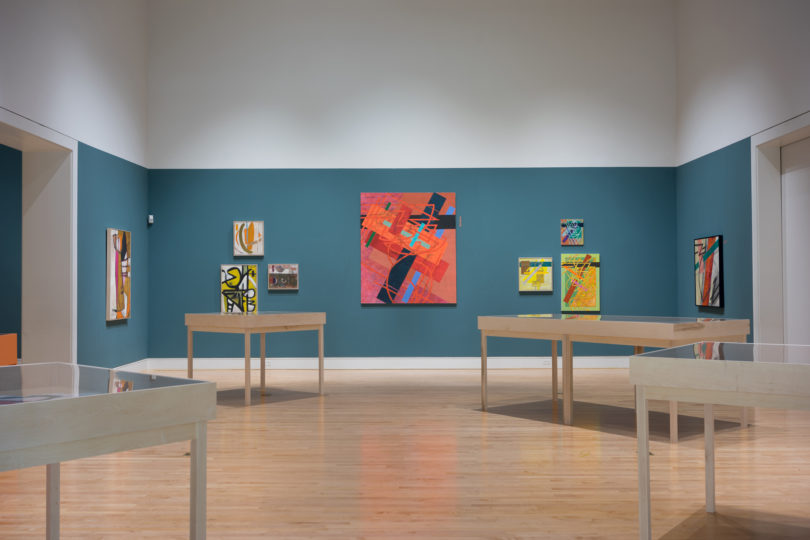 The exhibition “Clinton Hill” at the Georgia Museum of Art. (Submitted photo) 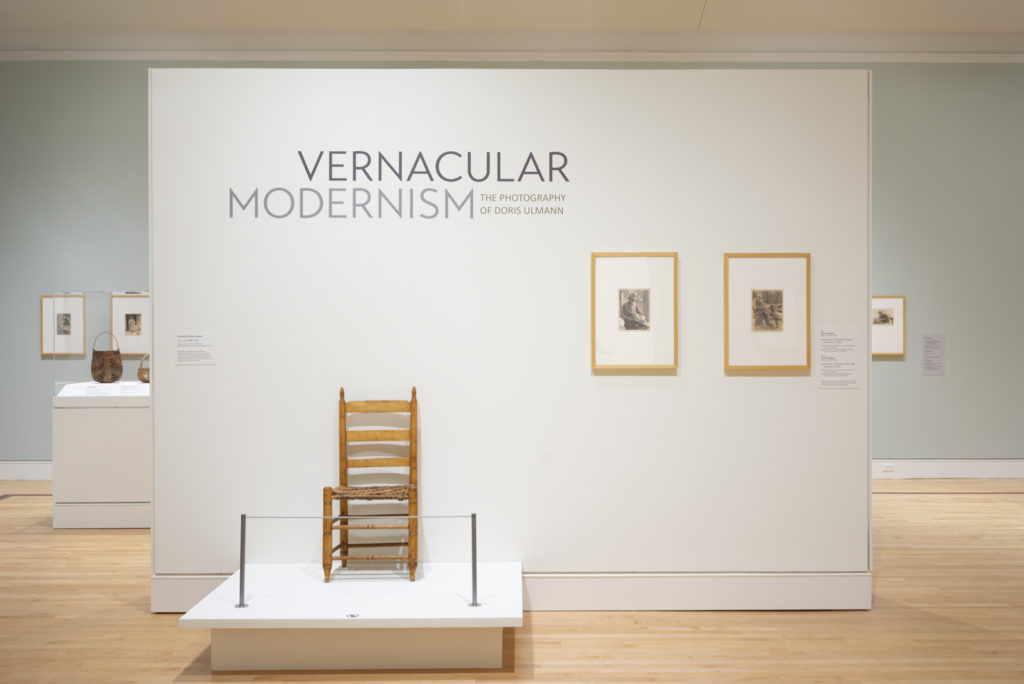 “Vernacular Modernism” was the first comprehensive survey of the work of the 20th-century photography and was on view at the museum from August to November of 2018. The exhibition included all phases of Ulmann’s often-overlooked work, from her New York studio portraits to her depictions of rural residents of Appalachia and photographs of the African American and Gullah communities of coastal South Carolina and Georgia. This award is a comprehensive one that honors exhibition design and programming as well as underlying concept. 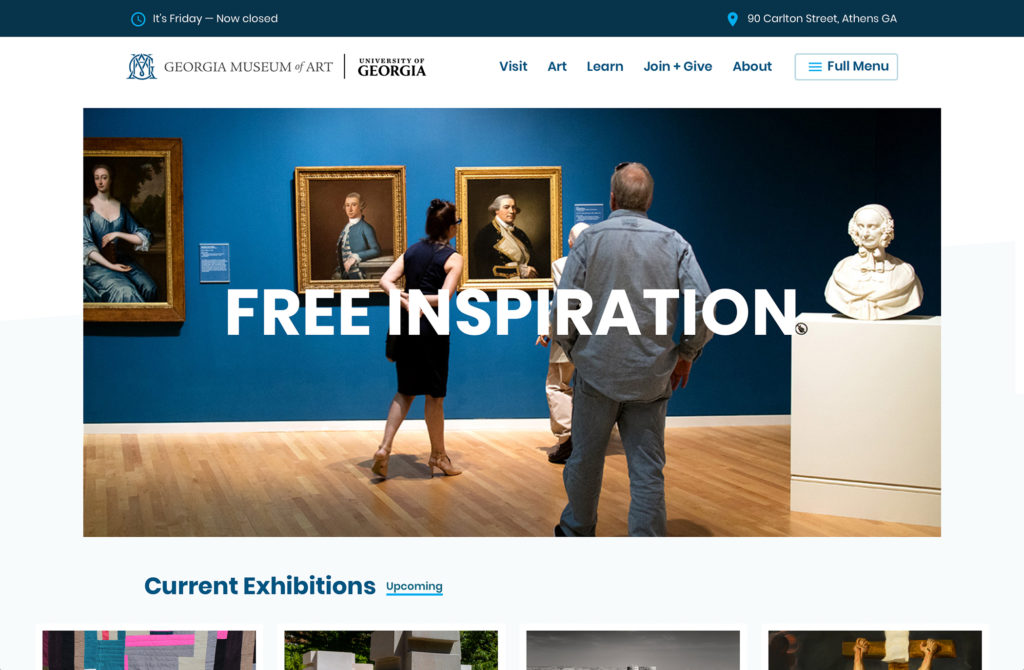 An image of the museum’s redesigned site. (Submitted)

In 2019, the museum’s department of communications collaborated with Athens, Georgia, design and web creation firm The Adsmith to launch an extensive redesign of the museum’s website. These updates include more streamlined content, photos and navigation tools, digital access to the museum’s collections database and seamless adaptability to mobile screens, making the site more accessible as well as more functional. The museum’s blog is now hosted directly on the site for easier access and use, and components like “You in the Museum,” which features user-generated content were added.

“Clinton Hill,” an exhibition organized by museum director William U. Eiland that was accompanied by a catalog Eiland wrote that was published by the museum, surveyed the career of the multitalented 20th-century abstractionist who never stuck to one medium or style of art, instead experimenting with many. Eiland worked with museum preparators Todd Rivers and Elizabeth Howe to create an exhibition design that physically represented the abstraction of Hill’s work and made parallels to specific parts of the artist’s life. For example, as music was a common theme in Hill’s work, the team hung paintings at unusual heights to evoke musical notes on a staff. Hill also experimented with different methods of papermaking, so the preparators used glowing lightboxes and smooth wood tables to show the three-dimensionality of his work.

The accompanying catalog, designed by Almanac in St. Louis, likewise played off Hill’s abstract work with paper by incorporating cutouts on the cover, an unorthodox binding style, color, printing and font sizes. “Clinton Hill” was on view at the museum from Jan. 6 to March 19, 2018, in the Virginia and Alfred Kennedy and Philip Henry Alston Jr. Galleries. 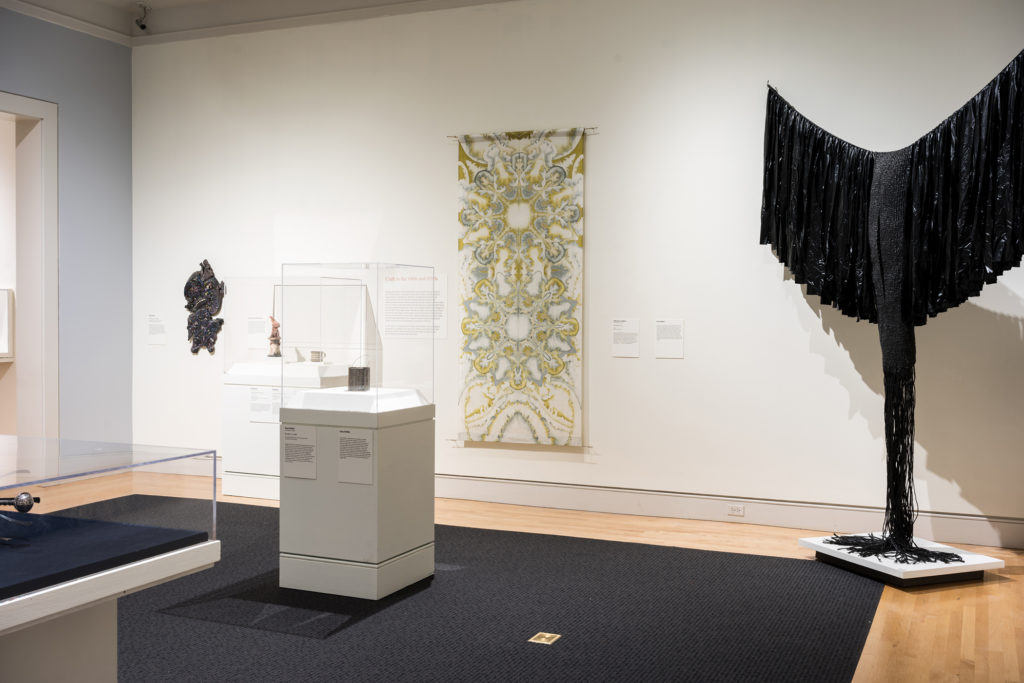 The exhibition “Crafting History: Textiles, Metals and Ceramics at the University of Georgia” at the Georgia Museum of Art. (Submitted photo)

“Crafting History” was an impressive feat of research documenting the University of Georgia’s craft program, from its beginning in the late 1920s up to the present. Ashley Callahan (the former curator of decorative arts at the museum), deputy director of the museum Annelies Mondi and associate professor at the Lamar Dodd School of Art Mary Hallam Pearse compiled the first history of this influential program and analyzed the history of American studio craft through the lens of a public university.

The team packed a remarkable amount of research into two years, which they primarily obtained through archival collections at UGA and interviews. All of their work culminated in an exhibition including more than 220 works by 38 faculty members and a nearly 400-page exhibition catalog published and distributed by the museum and designed by Grant Collaborative in Canton, Georgia. As a whole, the exhibition uncovered that UGA’s craft art program started earlier and had a wider impact on statewide craft than previously thought. It also identified that key women originally pushed it forward. “Crafting History” was on view at the museum from Feb. 1 to April 29, 2018.

Since its founding in 1942, SECAC has dedicated itself to education and research in the visual arts. As a national nonprofit and the second largest national organization of its kind, SECAC advocates for and supports scholarship and creative activities among arts professionals across the United States.

SEMC is a nonprofit membership association of museums, museum staff, independent professionals and corporate professionals focused on the southeastern United States. It works to improve the exchange of ideas and information within the region’s art community and provide educational and professional development opportunities for members.