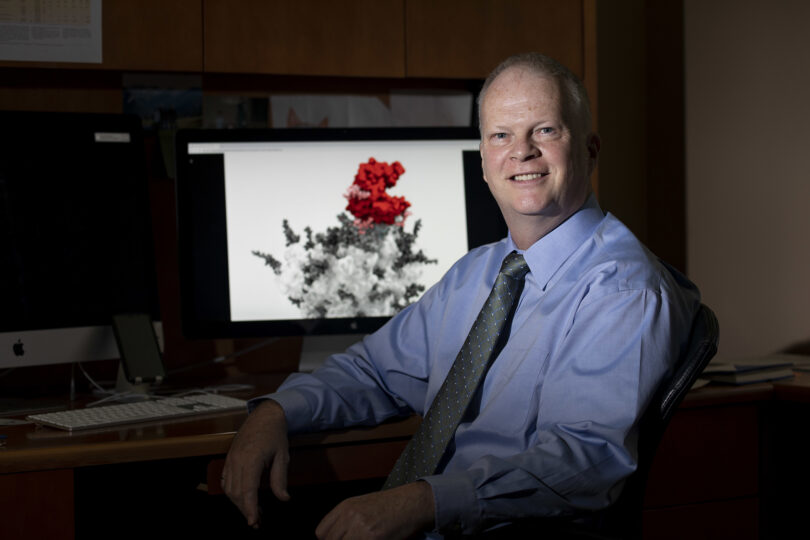 The amount of financial support has jumped more than 60%

The University of Georgia may be one of the country’s leaders in developing new commercial products out of its research, but those products did not simply burst out of UGA labs fully formed and ready for market. They had to be refined through additional research and development that itself can be long, painstaking—and pricey.

Thankfully for UGA entrepreneurs, the university’s reputation for innovation with impact is paying off not just in the number of startups being formed, but in the success those companies are having in attracting funding support to develop their products. In fiscal year 2020, UGA startups surpassed $7.3 million in this type of funding, a jump of more than 60% from the previous year and more than twice the amount received in fiscal 2018.

Through the GRA venture development program, the Georgia Research Alliance provides critical support for companies at early development stages. However, the biggest buckets of nondilutive funding—funds that do not come with an ownership stake string attached—come in the form of federal grants. Jointly called America’s Seed Fund, the Small Business Innovation Research (SBIR) and Small Business Technology Transfer (STTR) grants are coordinated through the Small Business Administration and awarded through the federal government’s major granting agencies.

This type of funding is precisely what most startups need to cross the entrepreneurial “Valley of Death,” which separates even the cleverest of new ideas from the promised land of paying customers. 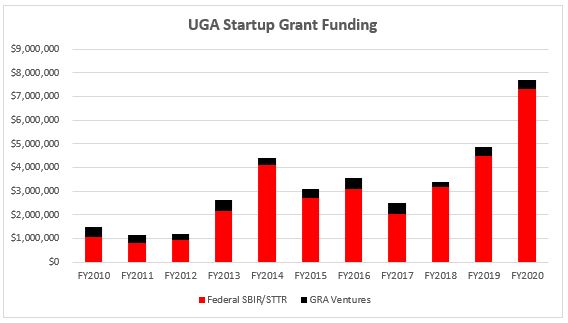 “From 2016 onward, we’ve had a steady increase in these sources of nondilutive funding,” said Ian Biggs, director of Innovation Gateway’s startup program. “These are intensely valuable to a startup company.”

In fiscal 2020, the GRA awarded nearly $450,000 to 15 UGA startup companies that are mostly in the earliest stages of formation. Meanwhile, nine companies successfully applied for larger SBIR/STTR funding, including:

Those numbers represent infusions of capital that may never have come from private investors, who often want both an investment with reduced risk and an ownership stake in the company.

“There’s a big gap between what’s promising in an academic lab and what you can actually sell to somebody,” said Rob Woods, professor of biochemistry and molecular biology, and chemistry, at the Complex Carbohydrate Research Center. Woods’ company, Lectenz Bio, produces reagents and platforms for conducting glycoscience research, and it has raised nearly $10 million in federal SBIR/STTR funding over the past decade.

“We were a disruptive technology in some ways, and it was not clear we’d have the same kind of growth you’d get with, say, a pharmaceutical,” Woods said. “We were much more suited to nondilutive funding from NIH, who are interested in new technologies to solve scientific problems. Those are hard to value for investors.”

Over the past few years, Innovation Gateway has steadily increased the amount of educational training and support for aspiring entrepreneurs, from its Innovation Bootcamp series to last year’s Startup Mentor in Residence, to the Innovation Fellows and NSF I-Corps programs. UGA’s launch of the Innovation District initiative and high-profile recognition for its innovation ecosystem have also led to more opportunities finding their way to Athens, like the SBIR Road Tour hosted last month.

“I don’t think we’re anywhere near the limit [of federal funding] we could be getting,” Biggs said. “We continue to deliver programming and support along the pathway we’ve talked about, and this lets people have confidence that, even when we’re in the middle of a pandemic and operating only online, we can deliver the help they need.”