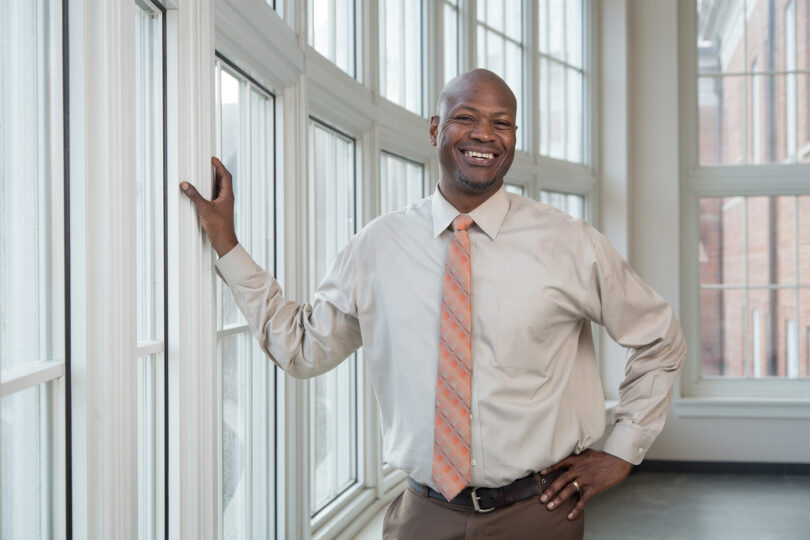 Ron Walcott has been named the University of Georgia’s inaugural vice provost for graduate education and dean of the Graduate School. In this role, he will work with schools and colleges across campus to enhance the recruitment, support and success of graduate students.

Walcott is a professor in the department of plant pathology and has served as interim dean of the Graduate School since September 2019. His appointment as vice provost for graduate education and dean of the graduate school is effective Oct. 1.

“Dr. Walcott has been an exemplary faculty member and thoughtful campus leader for more than 20 years at UGA,” said President Jere W. Morehead. “He has done outstanding work, during a challenging time, as interim dean of the Graduate School. His expanded role as the vice provost for graduate education and dean of the Graduate School will provide him with new leadership opportunities to make an even greater impact on the institution.”

Senior Vice President for Academic Affairs and Provost S. Jack Hu noted that he elevated the position to the vice provost level in recognition of the cross-cutting nature of graduate education and the increasingly important role advanced skills and knowledge play in society.

“Dr. Walcott is a distinguished educator and researcher. He is committed to helping attract some of the world’s most promising graduate students to the University of Georgia, where they will be mentored by extraordinary faculty members and have access to a range of innovative programs and resources that foster success after graduation,” Hu said. “His appointment to this newly elevated position signals the University of Georgia’s intention to build on the success of its nationally recognized undergraduate programs with an increasing emphasis on graduate education.”

As interim dean of the Graduate School, Walcott served on the graduate education committee of the Provost’s Task Force on Academic Excellence and currently serves on the Student Affairs Academic Advisory Board, the university’s Aspire Alliance IChange team, and represents UGA on the Southern Association of Colleges and Schools, Commission on Colleges reaffirmation compliance team.

Walcott was named associate dean of the Graduate School in 2017, a role in which he assisted in the development and implementation of strategic initiatives, represented the Graduate School on institutional committees, and oversaw student support programs and services, among other responsibilities. He previously served as graduate coordinator in the department of plant pathology, as the assistant dean for diversity and multiculturalism in the College of Agricultural and Environmental Sciences and as assistant director of the university’s Lilly Teaching Fellows Program. He began his academic career at UGA in 1999 as an assistant professor and earned the rank of professor in 2012.

His research focuses on pathogens that affect commercially important vegetables and has been funded by more than $5 million in external grants from agencies such as the USDA, as well as industry partners. He is the co-author of two books in the field of plant pathology, nearly 70 peer-reviewed journal articles, and numerous book chapters. He has delivered invited seminars and presentations in nine countries on four continents and is the vice president of the American Phytopathological Society.

Walcott has garnered nearly $1 million in additional grant funding to enhance educational experiences for underrepresented students through career awareness programs for high school and undergraduate students. He has mentored or served as an advisory committee member for more than 40 master’s and Ph.D. students. He also has mentored several UGA undergraduate students, as well as high school students through the CAES Young Scholars Internship Program.

Walcott’s honors include receiving the CAES D.W. Brooks Diversity Award for Faculty and being named a UGA Senior Teaching Fellow and a Teaching Academy Member. He earned his Ph.D. in plant pathology from UGA and his bachelor’s and master’s degrees, also in plant pathology, from Iowa State University.

A 15-member committee chaired by Linda Kirk Fox, dean of the College of Family and Consumer Sciences, helped identify finalists for the position. The committee was assisted by the UGA Search Group in Human Resources.