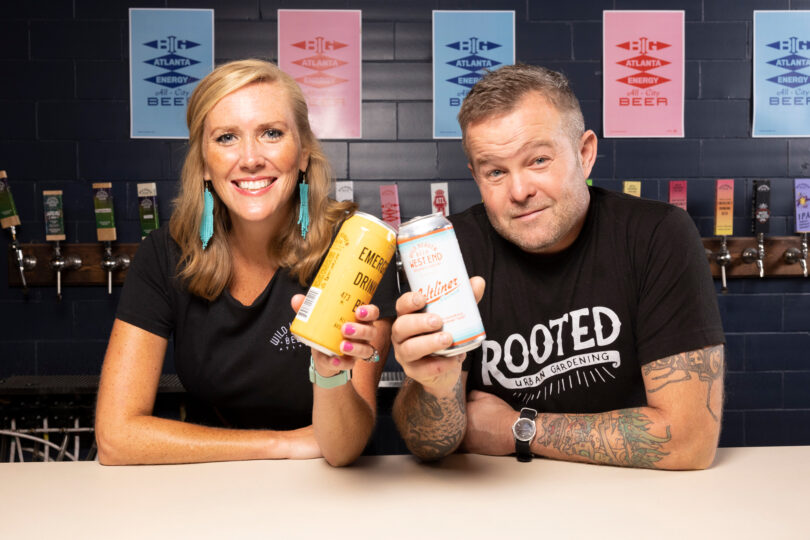 A toast to Wild Heaven's Executive Vice President Sarah Young ABJ' 06 (left) and Brewmaster and Co-Founder Eric Johnson BSA '96. Their brewery on the Westside Beltline Trail in Atlanta is home to some of the state's most innovative beers. (Photo by Peter Frey/UGA)

Although both of its locations are in the Atlanta area, Wild Heaven Brewing wears its Athenian roots on its cans. The name references an Out of Time-era R.E.M. song, and it’s just one of the pop culture references Wild Heaven attaches to its products.

The Athens angle comes from co-founder Eric Johnson, a Classic City native and one of the most boundary-pushing brewmasters in the state, if not the country.

For years, Johnson was a leader in the Athens restaurant and bar scene. He owned several, most prominent among them being Trappeze downtown. In order to step into a co-ownership role at Wild Heaven in 2012, Johnson had to let go of his other businesses. It was an easy decision that allowed him to pursue his passion of brewing beer.

“Of all the alcoholic beverages that are out there, beer is the only one that is truly culinary,” Johnson says. “Wine is agricultural. Distilled spirits is all production and manufacturing. In beer, we have hundreds of styles and there are no real rules outside of ‘don’t call it a [lager] if it is clearly not that.’ You can be as creative as you’d ever want to be.”

Johnson earned a degree in horticulture at UGA, and for 18 years, Johnson has hosted the PBS show Garden Smart, which has taken him around the country and the world. Johnson’s travel has a lot of influence over his brewing.

“Some of the botanical ingredients he uses, we have to Google,” says Sarah Young, Wild Heaven’s executive vice president. She joined the brewery in 2012 as its sales lead; Wild Heaven’s Avondale Estates taproom opened two years later. Young now heads all of Wild Heaven’s sales, marketing, strategic partnerships, and HR efforts. “We’ll use a type of exotic pear or the Buddha’s Hand, which is a fingered citrus, where you only use the zest. It’s a way to set our brand apart.”

Johnson’s gardening background also has led to interesting partnerships (like Wild Heaven’s Garden Beer collaboration with the Atlanta Botanical Garden), as well as the atmosphere of Wild Heaven’s newest location in Atlanta’s West End neighborhood. It’s prime real estate adjacent to the Westside Beltline Trail, and it features a garden area that Johnson oversees himself.

“Community partnerships, like the connection we’ve made with the Atlanta Botanical Garden, are integral to the growth of our brand,” Young says.

For Johnson, like Young, community is what the work is all about.

“We’ve always viewed the breweries as that third place to be,” Johnson says. “You have work, home, and a third place that is community-oriented. A brewery is different than going to a bar. It’s kid-friendly. You are engaging in a cultural experience because this is where the product was made.” 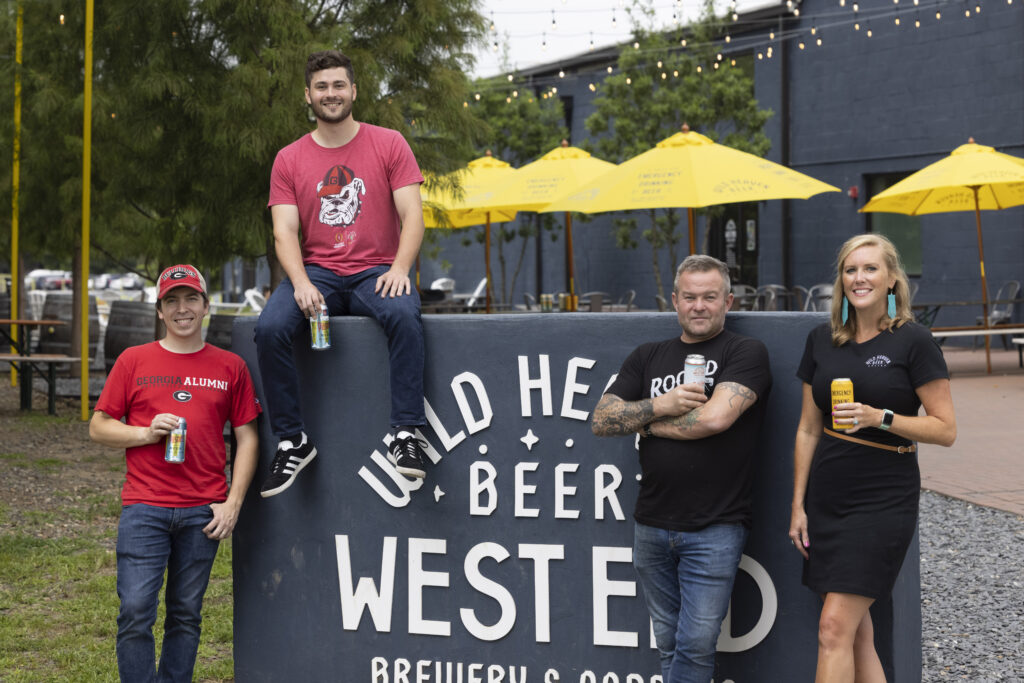