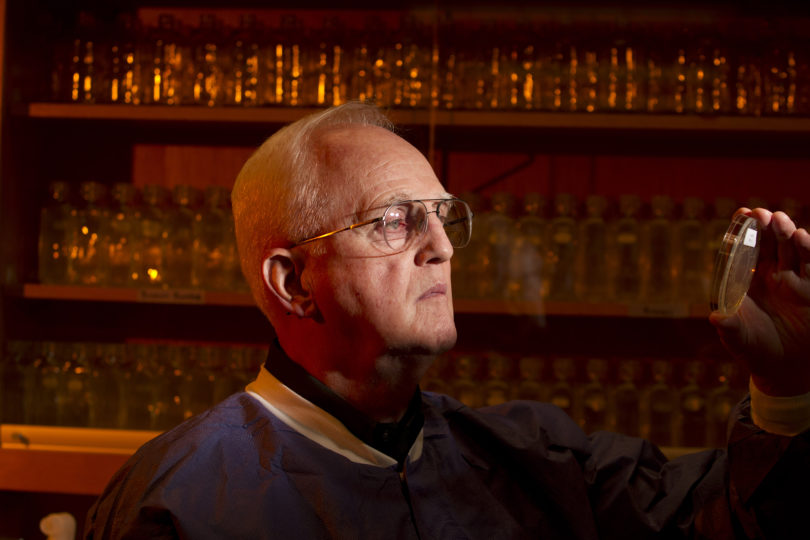 Griffin, Ga. – Researchers at the University of Georgia found that pathogens, like salmonella, can survive for at least six months in cookies and crackers. The recent study was prompted by an increased number of outbreaks of foodborne diseases linked to low-water-activity, or dry, foods.

Larry Beuchat, a Distinguished Professor Emeritus and researcher in the UGA College of Agricultural and Environmental Sciences, led a study to see just how long bacteria that cause foodborne illness can survive in certain foods.

“There have been an increased number of outbreaks of diseases associated with consumption of contaminated dry foods. We wouldn’t expect salmonella to grow in foods that have a very dry environment,” said Beuchat, who works with the Center for Food Safety on the UGA campus in Griffin.

Beuchat and study co-author David Mann, a research professional in the center, found that not only can harmful bacteria survive in dry foods, like cookie and cracker sandwiches, but they can also live for long periods of time.

For the recent study, published in the Journal of Food Protection, researchers used five different serotypes of salmonella that had been isolated from foods involved in previous foodborne outbreaks. “Isolates were from foods with very low moisture content,” Beuchat said.

These “are the kind that we find in grocery stores or vending machines,” Beuchat said.

After storing, the UGA scientists determined how long salmonella was able to survive in each filling. There was survival in all types Beuchat said, but salmonella survived longer in some types of the fillings than in others.

“The salmonella didn’t survive as well in the cracker sandwiches as it did in the cookie sandwiches,” Beuchat said.

In some cases, the pathogen was able to survive for at least to six months in the sandwiches.
“That was not expected,” he said.

As Beuchat and other UGA researchers learn about salmonella and other foodborne pathogens, they are “becoming aware that they can survive for unusual lengths of time in dry foods,” he said.

The ability of pathogens to survive in some remarkable settings has researchers considering the next steps for preventing contamination and outbreaks they may cause.

“The next steps would be to test all ingredients that are used in these foods,” Beuchat said. If there is a possibility that foodborne pathogens are present in specific ingredients, then the next step would be to stop the use of those ingredients.

The study, “Survival of Salmonella in Cookie and Cracker Sandwiches Containing Inoculated, Low-Water Activity Fillings,” is available online at http://www.ncbi.nlm.nih.gov/pubmed/26408131.